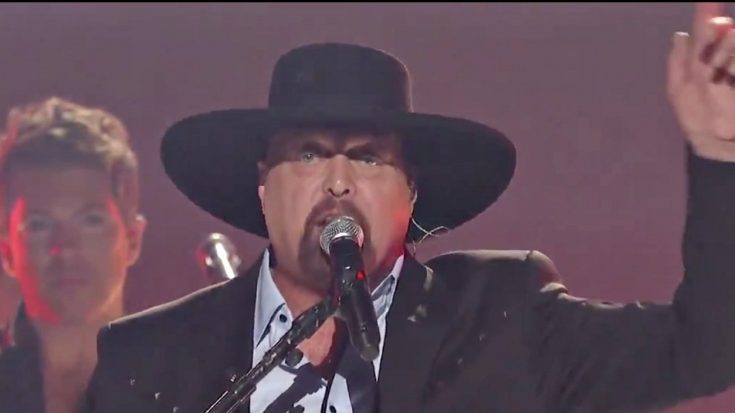 In his first public performance since the death of his bandmate Troy Gentry, Eddie Montgomery joined Rascal Flatts and Dierks Bentley to sing the Montgomery Gentry hit “My Town” to honor Gentry.

The performance brought the crowd to their feet and to tears as photos of Troy Gentry were on display behind the performers.

Gentry died in September 2017 in a helicopter crash prior to the duo’s concert at The Flying W Airport and Resort in New Jersey. Gentry left behind his wife Angie, and daughters Kaylee and Taylor. Prior to his death, Troy promised to take his daughter Kaylee to her first awards show. Angie fulfilled that promise on his behalf Wednesday night as she escorted Kaylee on the red carpet.

Watch clips from the touching tribute to Troy Gentry in the videos below.