“Honky Tonk Blues” Gets Remake From The Three Hanks 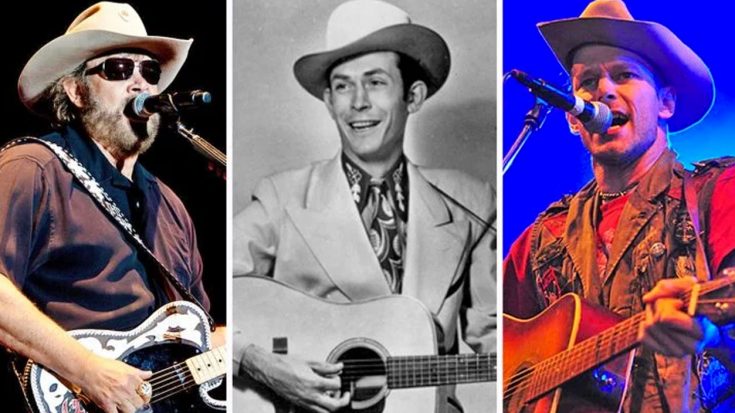 The late Hank Williams is considered as the most significant and influential country music singer of the 20th century. After a short, yet incredible career and untimely death, he quickly became a legend. He left behind a young son who would spend the early years of his career singing his daddy’s songs.

Hank Williams Jr. ventured away from his father’s music in the 70s and became a legend himself. He also had a son, who goes by Hank 3, and passed his father’s and his talents down to him.

by Jim Herrington1998 in the alley between the Ryman Auditorium and Tootsie's Orchid Lounge in Nashville, TN.https://www.facebook.com/JimHerringtonPhotographyhttp://jimherrington.tumblr.com/

One song included on the album is the 1952 tune “Honky Tonk Blues.” This would be the second time Hank Jr. recorded this song – the first being for a duet with his father in 1965 for MGM.

While this new version is a lot more bluesy thank Hank Sr.’s original, it’s just as incredible. Each Hank gets a featured solo before then they all join together in harmony. Hank Jr.’s voice definitely stands out, while Hank Sr. and Hank 3’s voices are extremely similar and sometimes hard to tell apart!

Listen to the incredible song below.