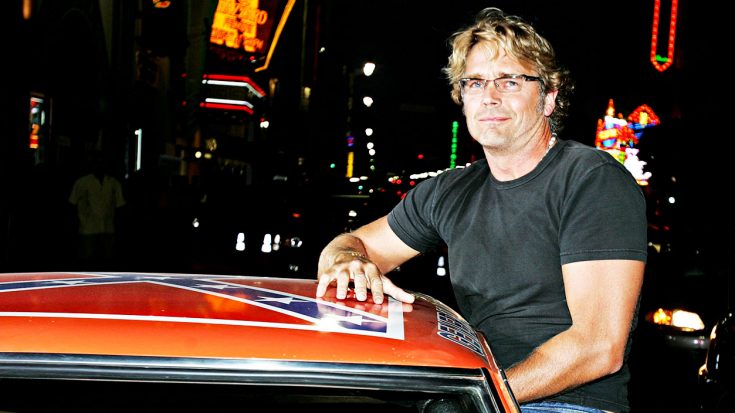 He was taken to jail after enduring a lengthy dispute with his ex-wife over court-ordered alimony payments, but he’s been freed in the time since that happened.

John Schneider, who played Bo Duke during the 70s & 80s hit series The Dukes of Hazzard, spoke with Fox News on the telephone before he was taken into custody – but as it turns out, the county ended up asking him to leave after just hours into his sentence.

Who loved the Duke boys? I just love this photo with @John_Schneider and @wopatofficial #ThrowbackThursday #tbt pic.twitter.com/8U3EYpke7h

Schneider not only built a successful career on television, but he also made a name for himself in country music as well. He released a cover of Elvis Presley’s “It’s Now or Never” that peaked at the No. 4 spot on Billboard’s US Country chart – the all-time top-charting Elvis cover of any genre.

The Dukes of Hazzard and Smallville star was sentenced to three days in jail for failure to pay his court-ordered alimony to estranged wife Elvira Castle. She filed divorce in 2014, but it has not been finalized yet according to Fox News.

57-year-old Schneider represented himself in court on Monday, June 11th, 2018 and issued a statement before being taken into the jail.

“It’s common sense versus entitlement. I’ve worked seven days a week, 80 hours a week, at least since 1978,” he said. “I have, as every working person has, a mountain of debt that was attached to my dream. And there’s a group now that somehow feels they’re entitled to life or even luxury without work and the judicial system apparently agrees with that.”

Now, it appears that while he was all set and prepared to serve his full sentence – the county asked him to leave the jail after just five hours because the facility was “overcrowded.” He was in jail from 10:29 A.M. through 3:46 P.M.

Schneider and Castle have been estranged for four years and have three children together, two of which were hers from a previous marriage. He says that if he had the money, he “would’ve given it to her just to let this go away.”

Watch the video below of Schneider and fellow Dukes star Tom Wopat singing some classic country!