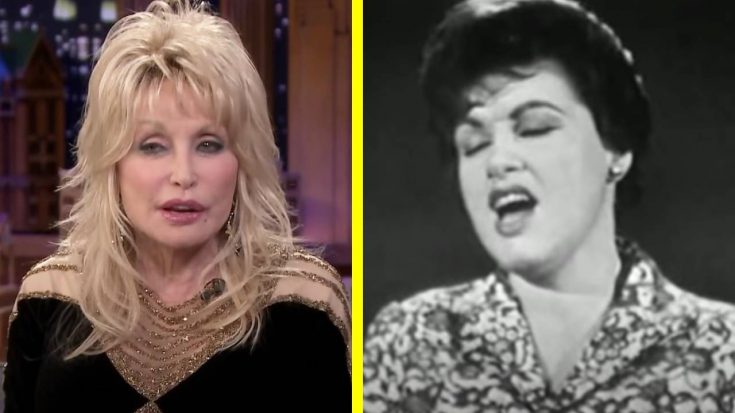 On April 7, 2020, Loretta Lynn released a book titled Me & Patsy Kickin’ Up Dust: My Friendship with Patsy Cline.

Apr 7, 2020
Grand Central Publishing issues "Me And Patsy Kickin' Up Dust: My Friendship With Patsy Cline," authored by Loretta Lynn and her daughter, Patsy Lynn

“Loretta Lynn and the late Patsy Cline are legends—country icons and sisters of the heart. For the first time ever Loretta tells their story: a celebration of their music and their relationship up until Patsy’s tragic and untimely death,” the Amazon description reads.

It continues, “Full of laughter and tears, this eye-opening, heartwarming memoir paints a picture of two stubborn, spirited country gals who’d be damned if they’d let men or convention tell them how to be. Set in the heady streets of the 1960s South, this nostalgia ride shows how Nashville blossomed into the city of music it is today. Tender and fierce, Me & Patsy Kickin’ Up Dust is an up-close-and-personal portrait of a friendship that defined a generation and changed country music indelibly—and a meditation on love, loss and legacy.”

The foreword was written by Dolly Parton and she wrote about the very first time she ever heard Patsy Cline sing. Parton started it off about knowing first-hand how important female friendship is. In fact, she’s had the same best friend for over 60 years, Judy Ogle.

She also wrote that Loretta and Patsy paved the way for future female country singers, like herself.

Parton wrote, “The first time I heard Patsy Cline’s voice, it really caught my ear. She is a true stylist, and I just thought it was so very different and so unusual. I have always loved her sound. I’m a great admirer of people who have developed their own style.”

She continued, “My favorite song of Patsy’s was “Walkin’ After Midnight,’ It was haunting and special and painted a picture that I will never forget. I know the fans loved the song ‘Crazy,’ which I did as well, but we all have our favorites.”