Clint Eastwood & John Wayne Almost Starred In A Movie Together, Why It Didn’t Happen 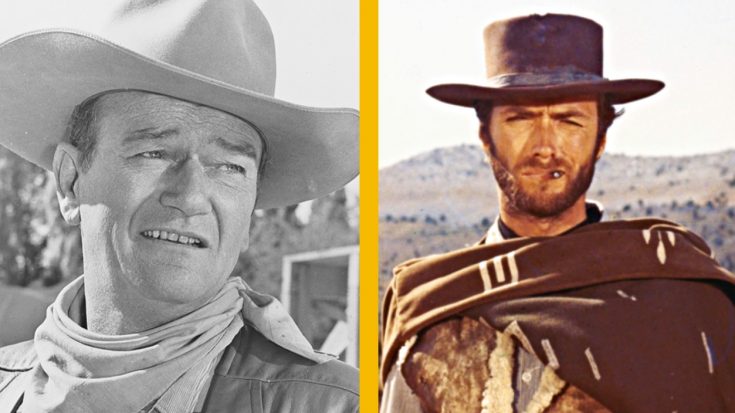 Two of the most legendary television cowboys, John Wayne and Clint Eastwood, almost co-starred in a movie together.

After Eastwood’s 1973 success on the film High Plains Drifter, the star became interested in a script called The Hostiles. Eastwood envisioned he and Wayne would join forces for the film, which would have united two generations of mega-star cowboys.

In the biography John Wayne: The Life and Legend, it was revealed that Wayne and Eastwood would have played rivals in The Hostiles. Eastwood would have portrayed a gambler who won a large stake in a ranch owned by Wayne’s character. The two characters would spend much of the movie at odds until a group of bandits forced the two cowboys to team up to save their home.

Unfortunately, the collaboration did not happen because Wayne did not like the script. The iconic actor had a reputation for being very selective with his roles and did not share Eastwood’s enthusiasm about the film.

Later on, Eastwood reached out to Wayne about co-starring in The Hostiles for a second time, but Wayne responded with an angry letter. Just like in The Hostiles, Wayne and Eastwood appeared to share some bad blood. Sadly, the two actors never overcame their differences to give fans a collaboration on the silver screen.

For more on Clint Eastwood and his career today, check out the video below.