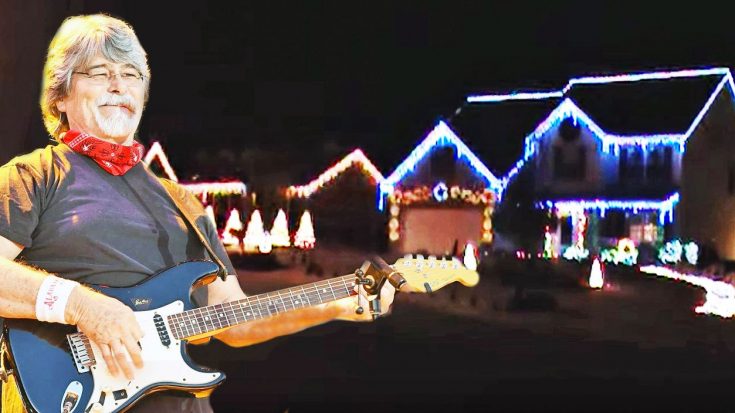 It’s officially the most wonderful time of the year again, bringing with it an army of dazzling lights decked out on houses across the nation. One awesome family put all their neighbors to shame with a magical synchronization of Alabama’s “Christmas in Dixie” that will take your breath away!

The house was decked out with thousands of brightly colored twinkly lights, dancing along beautifully to the beat of the song. Alabama’s Christmas classic exudes southern pride, detailing the magic of experiencing the holiday season in the south.

“Christmas in Dixie” was brought to fame by country music band Alabama after the release of their holiday album, Alabama Christmas, in 1985.

Who's listening to their ALABAMA CHRISTMAS Album????
It's not too late! We have a week till Christmas!https://t.co/q3CSUD4fFp pic.twitter.com/47raHbz8Hx

The festive tune spent an impressive seven weeks on the chart before peaking at number 35 on Billboard’s Hot Country Singles.

Watch the breathtaking video below and be sure to let us know what you think in the comments!