Chris LeDoux Honored With ‘Larger Than Life’ Statue In Cheyenne 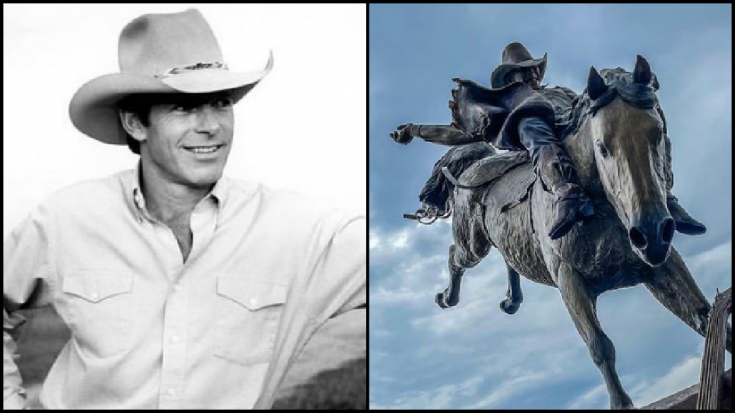 The singer performed on the Frontier Nights stage at Cheyenne Frontier Days six times over the course of his career, and one of those times he shared the stage with Garth Brooks. That memorable concert took place on July 22, 1996, at the CFD’s 100th anniversary.

Garth returned to Frontier Days this year to perform a sold-out show to honor LeDoux who passed away in 2005. Prior to the July 23rd concert, Brooks spoke to reporters to reminisce about sharing the stage with LeDoux.

“The blessing is the memory, the curse is the truth,” Brooks said. “I thought I had the crowd where I wanted them, and then he came out and the crowd got 10 times louder.”

In addition to the Garth Brooks concert, Cheyenne Frontier Days chose to honor LeDoux with a “larger than life” statue.

“We put it there so everybody can see it,” Siler said. “Every time we see it we get a little more excited.”

The unveiling of the statue was broadcast live. The ceremony included an appearance from Garth Brooks and Chris LeDoux’s son, Ned, who opened for Brooks at Friday’s concert. Watch the statue unveiling in the video HERE. And