Charlie Daniels & Chris LeDoux Made A Duet, “Even Cowboys Like A Little Rock And Roll” 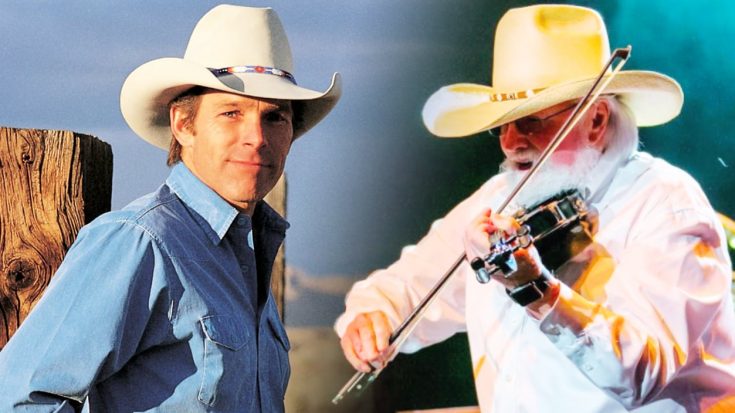 After being in the music business for over six decades, Charlie Daniels got the chance to work with many artists. Through the years, he collaborated with acts such as Travis Tritt, Gretchen Wilson, and even Lynyrd Skynyrd.

Another artist that Daniels worked with was Chris LeDoux. The two were good pals, so it was surely hard on Daniels when LeDoux passed away in 2005 at the age of 56.

Even years after LeDoux’s death, Daniels continued to talk about his old friend on social media. In 2018, he shared a photo of the two of them riding horses together, and captioned it, “Mounting up with Chris Ledoux was a cowboys dream.”

Mounting up with Chris Ledoux a cowboys dream pic.twitter.com/wFKcknc5OW

It was certainly many a country artist’s dream to share the stage with Daniels or LeDoux. Keith Urban was one lucky singer who got the chance to be on stage with both of them at the same time.

Following Daniels’ passing on July 6, 2020 at the age of 83, Urban posted a photo of him playing with Daniels and LeDoux years ago. “Getting to shred with Chris LeDoux AND Charlie Daniels on the same stage was one of the most magical nights ever,” Urban said.

Getting to shred with Chris LeDoux AND Charlie Daniels on the same stage was one of the most magical nights ever. Go rest high Charlie- and blessings today to all of your family. With love and friendship always. Keith ?

“We’re very saddened to hear the news of Charlie Daniels passing on,” read the statement. “He was a wonderful friend and mentor. We hope he and Chris are having a wonderful reunion way up yonder.”

We’re very saddened to hear the news of Charlie Daniels passing on. He was a wonderful friend and mentor. We hope he and…

Daniels and LeDoux were one dynamic duo, so it only made sense when they decided to record a duet in the 80s.

The song, titled “Even Cowboys Like a Little Rock and Roll,” was included on LeDoux’s 1984 album Melodies and Memories. Even though the song was released as a single, it didn’t catch on enough to chart at the time.

But now, “Even Cowboys Like a Little Rock and Roll” is considered to be a hidden gem in both LeDoux and Daniels’ catalogs. If you’ve never had the pleasure of hearing the song before, be sure to check it out below. And if you’re already familiar with the song, then you know it’s worth listening to again!

Both LeDoux and Daniels were extraordinary artists. They are missed, but their legacies live on through the songs they left behind.