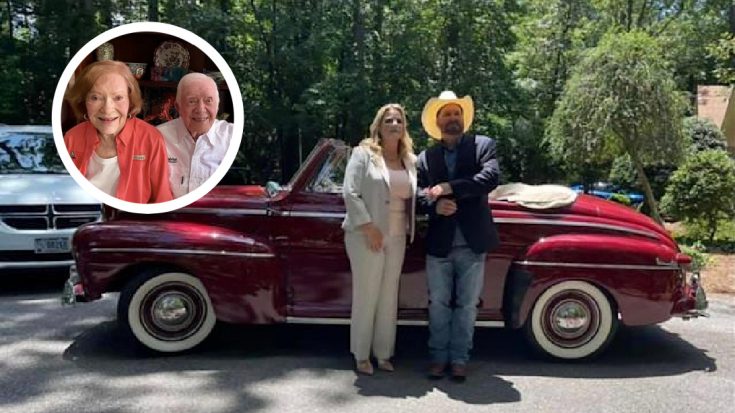 Hours before the Carter’s anniversary celebration on Saturday (July 10), Brooks and Yearwood surprised the couple with a fully-restored Ford Super Deluxe convertible red convertible that was built in 1946, the same year the couple wed.

The Carters chose to celebrate their milestone anniversary with a private party at the Plains High School auditorium in their Georgia hometown. Their guest list included 300 people from famous musicians, Carter Center staff members, and other politicians such as Nancy Pelosi and President Bill Clinton and his wife Hillary.

“All aspects of their life were covered, so it was just a memory lane,” Jill Stuckey, a friend of the Carters told PEOPLE.

Jimmy Carter, who served as the 39th President of the United States, and his wife have worked alongside Garth and Trisha to build houses for Habitat for Humanity for years. Brooks praised the former President in a 2019 interview, saying:

“What the Carters stand for is what we should all shoot for as human beings. Please forget ‘Republican’ or ‘Democrat.’ What they are standing for is as human beings,” Brooks said. “If we’re going to get anywhere as a human race, this is the path we want to follow. So anything keeping any kind of light on that path and those two people’s dreams, then count us in.”

See photos of the Carters’ anniversary car from Garth Brooks and Trisha Yearwood below.