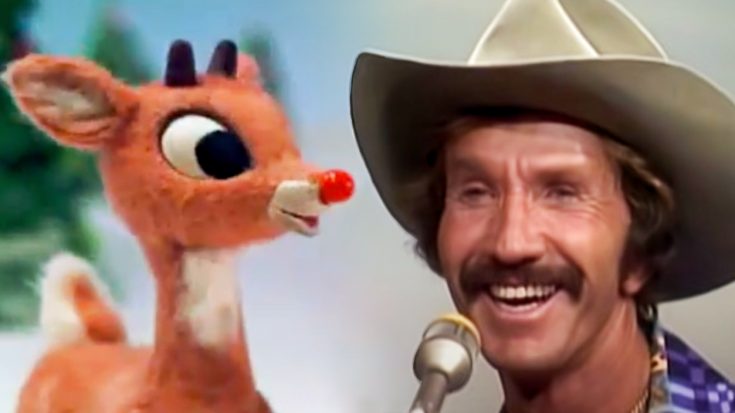 Gene Autry was the first artist to record the now-classic holiday tune, “Rudolph, The Red-Nosed Reindeer.” Autry’s recording was released in 1949, and it became a number one hit.

Autry’s version remains popular after all this time. Remarkably, the song entered the 36th position on the Billboard Hot 100 in December 2018….nearly 70 years after it first appeared on the chart. It ended up peaking at the 16th spot on the Hot 100 during the week ending in January 5, 2019.

Another popular version of “Rudolph, The Red-Nosed Reindeer” was recorded by Burl Ives. He recorded the song for the soundtrack that accompanied the 1964 animated television special of the same title.

The special is beloved on its own, making Ives’ rendition of its title song especially recognizable.

Many other artists have been inspired to share their own versions of “Rudolph, The Red-Nosed Reindeer” through the years. Some notable renditions were recorded by artists such as The Temptations, The Cadillacs, and even Alvin and the Chipmunks.

Another artist who recorded “Rudolph, The Red-Nosed Reindeer” was country singer Marty Robbins. Robbins’ recording was featured on his third holiday album, Christmas to Remember. The album was released in 1986, four years after Robbins passed away on December 8, 1982 at the age of 57.

Robbins proved he was a natural storyteller when he wrote and recorded iconic hits such as “El Paso” and “A White Sport Coat.” He utilized those storytelling skills in his cover of “Rudolph, The Red-Nosed Reindeer.” His recording has an effortless flow to it that will mesmerize you from the start. It also features some talented backing vocalists that perfectly complement Robbins’ performance.

Enjoy listening to Robbins’ version of “Rudolph, The Red-Nosed Reindeer” in the audio clip below. You need to add his recording to your Christmas playlist if it isn’t on it already!