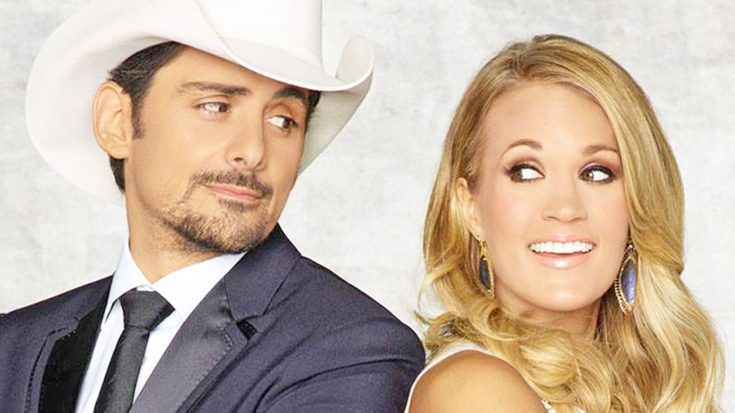 Carrie Underwood might have a lot of loving fans but none of them are as big as her bestie, Brad Paisley. With a decade of friendship under their belts, the pair has shared plenty of laughs and even more memories. Just in time for her birthday, Paisley gave her the quite the shoutout.

Happy birthday to this old goat, Mr. @bradpaisley !!! In celebration, enjoy this little flashback to last year’s @cma Awards rehearsals! Proud to call you my brother and friend! I hope today is amazing! ????

“Thanks, everyone, for the birthday wishes. I’m spending my day perfectly…on the couch, in my comfies, snuggled up with my boys!”

Of course, her hubby, Mike, had the sweetest words to say calling his wife an “incredible wife and mom!” and complimenting just how grateful the boys are for her.

Happy birthday babe! You’re an incredible wife and mom! Us boys are so grateful for you! Love you lots.

While the mom of two got all the love from her family, one of her closest friends made sure to get his birthday wish to Underwood as well.

Coat Of Many Carries

Paisley posted a zoomed-in photo of him wearing his famous Coat of Many Carries blazer. The jacket embodies a series of photos of Underwood on and off stage – looking gorgeous as always with the caption, “Happy Birthday from your biggest crazy fan.”

Paisley originally showcased the hilarious jacket at the 2018 CMA Awards. Being an 8-year tradition for these two of hosting the awards show, it seemed only fitting. Fans went crazy and Underwood loved it! Turns out, the blazer was made by country music enthusiast Jimbo Simmons who happens to be a big fan of Underwood’s. After finding out he and Paisley had a mutual friend, the blazer eventually landed in the right hands.

Plus, no one better than Brad Paisley to rock the blazer right?!