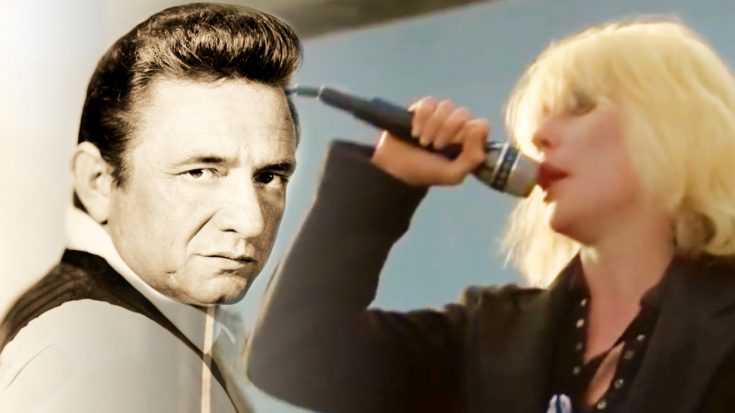 Every Johnny Cash fan knows his hit 1963 song, “Ring Of Fire.” Heck, most of us can recite the lyrics word for word. But not every fan knows that popular punk-rock band Blondie gave this classic country tune a full-throttle makeover for a 1980s cult film.

Cash had no clue just how far his musical reach would be when he started singing country music. Since his first album, his songs have been covered by artists like Frank Zappa, Bruce Springsteen, and Ray Charles!

Fast forward to 1980, and “Ring Of Fire” gets a very special rendition for the comedy, Roadie.

The movie follows your average Joe, Travis Redfish who is played by Meat Loaf as he tries to win the heart of a wannabe groupie named Lola who wants nothing more in life than to meet rockstar, Alice Cooper. To get closer to her, Travis becomes a roadie for various bands – ultimately landing him at a Blondie concert where the band covers the famous Johnny Cash hit, “Ring of Fire.”

This was from the movie #Roadie there was a full cast of stars #meatloaf #AliceCooper pic.twitter.com/EtMPGJK9qz

The musical montage consists of hilarious scenes and flashes of a happy Travis drinking beer as Blondie’s frontwoman, Debbie Harry, performs a rockin’ rendition of the song – putting her own vocal twist on it. Her stage presence is phenomenal and you can’t help but tap along to the beat.

Check out the full video below and let us know what you think of it!