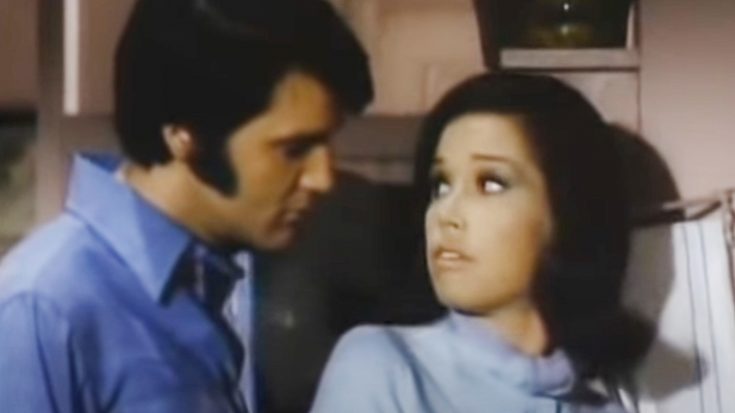 Starring in the 1969 hit movie musical Change of Habit together, Elvis Presley and Mary Tyler Moore got to know each other quite well while on set. And that was something Elvis had been dreaming about for nearly ten years.

We're covering all of #Elvis' movies in chronological order on our #podcast, Starring Elvis Presley – and we're at our final feature film, "Change of Habit." Tune in: https://t.co/SclYgS1UI2 #Graceland pic.twitter.com/icmteGJ0Ps

The movie, called a “crime drama musical,” is based around a doctor in a city ghetto who falls in love with a clinic co-worker who is secretly a nun. She, in turn, falls for the doctor but struggles with the decision to leave her post as a nun to be with him. This marked the first and only time Elvis would appear as a professional man in his career.

It's #NationalDoctorsDay! #Elvis wasn't a doctor, but he played one in "Change of Habit." See his movie costumes & more at #Graceland! pic.twitter.com/URNPQ8R929

When the two began working on the film together, Moore recalled a secret admission that Elvis had made to her – and how he behaved in her presence thereafter.

In her autobiography, After All, Moore explained that upon first meeting the singer, he admitted that he had a crush on her since she appeared on tv nearly a decade previous.

“He confessed right from the start that he’d had a crush on me since The Dick Van Dyke Show,” Moore said in her book. “He was so shy about it he was literally kicking at the dirt below him as he talked. He had a tendency, even though I was younger, to call me ‘ma’am’ out of respect: ‘Yes ma’am. Be right there, ma’am.’”

Although she noted his infatuation with her in her book, the truth is that they both were married at the time – so nothing did come of it. To that end, one of the actresses who played alongside her in the film explained that she was somewhat cold to the cast – and to Elvis.

“The truth is, working with Mary was the more difficult for him [Elvis] because they worked so differently and they didn’t really have a mutual ground to meet on. Elvis and Barbara, Barbara and me, me and Elvis—he felt more accepted and comfortable,” Jane Elliot said in part of the hardcover book titled after the movie. “I don’t think he felt that either Mary liked him or understood him. Elvis was not comfortable with her because of her inaccessibility.”

Clearly there was tension on the set and no romance came of his crush on Mary Tyler Moore.

See the full trailer for this beloved film below.