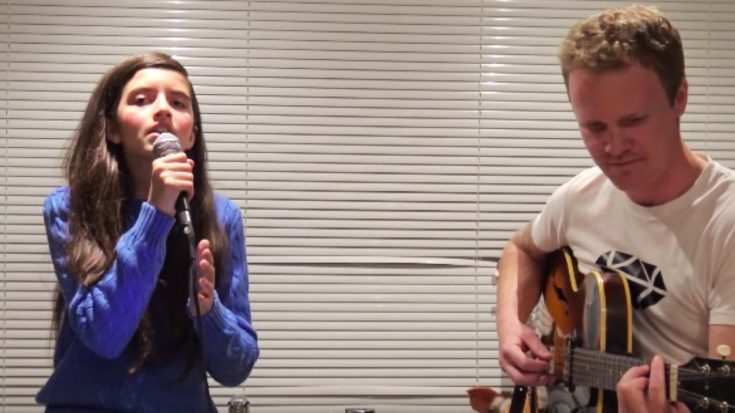 At the age of seven, Angelina Jordan became the winner of Norway’s Got Talent in 2014. The talented young singer later went on to reach for another competition show’s winning title.

Jordan was featured as a contestant on the second season of the America’s Got Talent spin-off, The Champions. The show unites past winners and standout stars of the Got Talent shows from around the world.

Then, whoever wins the season is declared the champion of champions.

For her introductory performance on The Champions, Jordan sang “Bohemian Rhapsody” by Queen. Her soaring performance wowed the judges and the viewers at home.

After the other judges complimented Jordan’s performance, Heidi Klum took her turn. She simply called the performance “amazing” before jumping up to slam the golden buzzer at the center of the judges’ table.

In doing so, Klum sent Jordan straight to an advanced stage of the competition. The 13-year-old singer was shocked to say the least.

Jordan was already a star after her Norway’s Got Talent win, but her performance on The Champions made her a worldwide phenomenon.

In between Norway’s Got Talent and The Champions, Jordan remained active by sharing cover videos on YouTube. Thanks to her newfound fame, many of those old cover videos have started to resurface.

One such video shows her performing Elvis‘ “Can’t Help Falling in Love” in September 2017. She delivered the cover acoustically, which gave her voice the chance to stand out and shine.

Even at that young age, Jordan displayed absolute command of her voice. Her tone was smooth and steady and she delivered the song with confidence.

We could go on and on about Jordan’s rendition of “Can’t Help Falling in Love,” but it would be best for you to witness it yourself! Give it a listen in the video below.