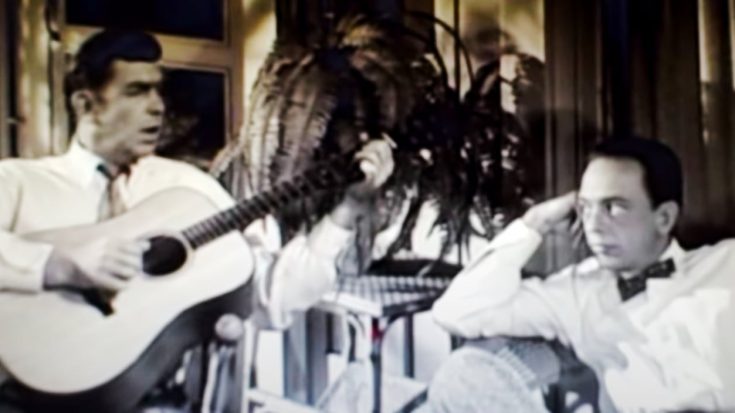 The Andy Griffith Show is known as one of the most beloved TV series of all time. Today, its fans fondly remember their favorite moments from the show.

One scene that touched many viewers’ hearts was in the 16th episode of Season 3, titled “Man in a Hurry.”

The scene shows Andy Griffith (playing his namesake character) and Don Knotts (playing Barney Fife), singing together on a porch while Griffith strummed a guitar. They sang along with Roger Emhardt, who played the character Malcom Tucker.

Together, the trio performed the Christian hymn “The Church in the Wildwood.” The song was written by Dr. William S. Pitts in 1857. It has since been recorded by many well-known artists, including The Carter Family, Charley Pride, and Dolly Parton.

Various videos of Griffith, Knotts, and Emhardt singing “The Church in the Wildwood” have generated thousands of views on YouTube. Those who comment on the videos make it clear the actors’ performances struck a chord with them back in the day, and continue to mean something to them now.

It’s worth pointing out that throughout The Andy Griffith Show, it was a running joke to poke fun at Barney Fife’s singing. He was often out of tune, but still sang loud and proud.

However, in this scene where he sang “The Church in the Wildwood,” he contributed subtle, controlled harmonies. This change from the way the show typically handled Barney’s singing made the moment all the more meaningful.

Take a stroll down memory lane with us by watching the actors of The Andy Griffith show sing “The Church in the Wildwood” below.