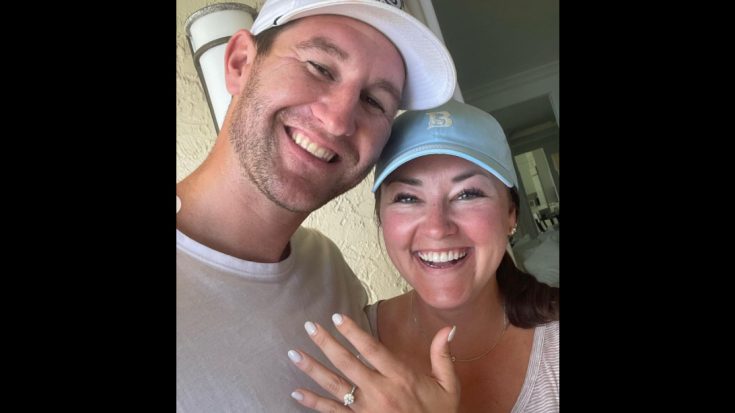 Congratulations are in order for Mattie Jackson Selecman, the oldest daughter of country legend Alan Jackson, who announced her engagement on Sunday (September 4).

“Well… came down for a beach week to celebrate my sweet man’s 30th birthday. Didn’t know we’d end up celebrating choosing the rest of our lives together!!” Mattie wrote. “Feeling overwhelmingly thankful, excited, and thrilled for this kind-of-surprise but so-fervently-prayed for ENGAGEMENT…I love your playful spirit and your kind heart and your infectious-ness for life, Connor Smith. I cannot wait to be your wife and build a family with you! You are the biggest blessing in the dang cutest package. Love you baby.”

The 32-year-old’s news comes four years after her she lost her first husband, Ben Selecman, in a tragic accident. The couple was married less than a year when Ben suffered a fall on his father-in-law’s boat over Labor Day weekend. While helping a woman onto the boat, Selecman slipped and hit his head on the dock. He suffered severe head trauma and was in a medically-induced coma for 11 days and underwent numerous surgeries. Upon coming out of the coma, Ben suffered multiple strokes and heart failure.

Mattie channeled her grief into a book she released in 2021 called “Lemons on Friday.” She told PEOPLE  prior to the book’s release, “My greatest hope is that people just see my story for what it is. This book is just a vehicle to show that you can hurt honestly with God, but there is a way to not let that hurt overcome you because of the hope of who He is.”

Mattie first introduced her new love in April with a series of photos posted to Instagram and the story of how they met.

“Six months ago today I met one of my best friend’s brother-in-law for happy hour with no expectations besides a little fun. Well, four hours later, drinks turned to dinner, and from that day til now, he has been one surprise after another,” Mattie wrote. “I have believed, prayed, and claimed for 3 and a half years now that God would give me the chance to love someone with my whole heart again.”

She went on to share the encouragement she received from “widow friends” about finding love again and called Connor an answer to prayer.

“I cannot believe how good our God is to redeem broken hearts the way he does. I am so grateful for that not-so-quick happy hour. I love you (Instagram-less) Connor and I can’t wait to see what this new chapter holds.”