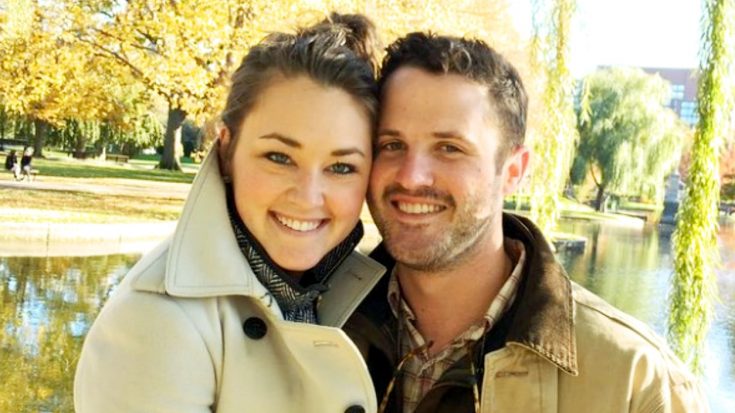 Ben was helping people on a boat in Florida when he slipped and hit his head. He was in the hospital for many days before he eventually passed away on September 12, 2018.

So when Ben died, he and Mattie had been married for less than a year.

Mattie found herself a widow at the age of 28. Despite her immense heartache, she found the strength to help others who also experienced loss.

Not long after Ben died, Mattie and her friend Brooke Tometich founded the organization NaSHEville. The organization helps multiple groups of people, including widows like Mattie.

Now, three years after Ben passed away, Mattie is continuing to speak about his death and her grief in the hopes it will help others going through the same experiences. She lays her heart on the line in her new book Lemons on Friday, which will be released on November 16.

As Mattie told Yahoo! Life’s The Unwind, she found comfort in journaling after Ben died. She had been a Creative Writing major in college, so it was natural for her to write her feelings down.

Those journal entries served as the springboard for Lemons on Friday. She explained:

“It was never my intention [to write a book]. The way I knew how to process sudden tragedy and grief was to write. It’s a passion of mine anyway, but there was more permission to be more honest on paper than with myself and the people around me.”

Since Lemons on Friday is being released this month, Mattie has been speaking to various outlets about the book. She received featured stories in both Brentwood Lifestyle magazine and Belle Meade Lifestyle magazine.

Speaking about the stories, Mattie said:

“Thankful feels like a huge understatement. To kick-off this month – the month that the most personal parts of my story of heartbreak and healing and hope are being released to the world – with these two special features…“

Then, Mattie confessed one of her “biggest fears” she had after Ben passed away. She was afraid all of her suffering would be for nothing:

“One of my biggest fears when I lost Ben was that my pain wouldn’t matter,” she said. “I was bold and relentless and, honestly, pretty entitled with the Lord, demanding that he make Ben’s death and my grief help others in some way, any way that might bring purpose to my pain.”

But through her work with NaSHEville, writing Lemons on Friday, and being open about her loss on social media, Mattie can see how she has been able to help others who have experienced the same pain:

“I am beyond grateful to see the abundant fruits of those prayers being answered,” she said. “I thank him every day for way he has kindly and tenderly and faithfully restored every corner of my life that was broken three years ago.“

You can read Mattie’s full post below. Her strength is so admirable.