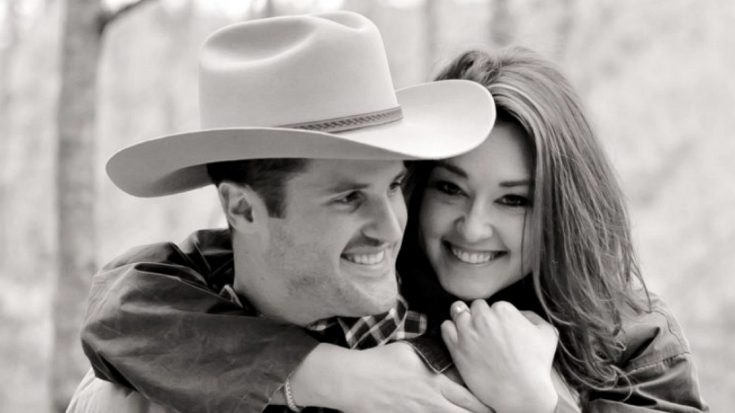 Nearly two years ago, Alan Jackson’s son-in-law Ben Selecman died after suffering severe head injuries when he fell while helping a woman onto a boat. The 28-year-old assistant district attorney had been married to Jackson’s daughter, Mattie, for almost a year when the accident happened. Mattie recently detailed the events of the tragic day on the podcast “Jesus Calling.”

Mattie shared that she and Ben were in Florida with her sisters, their boyfriends, some other close friends to celebrate one of her sisters’ birthday. The group had taken a boat to dinner and to dance. While they were away from the boat, a small rain shower passed through the area, leaving the boat steps slick. When the group returned to the boat, Ben stepped up on the boat to help the women board when he slipped “and fell back ten or so feet and hit his head.”

“He was conscious for about twenty-four hours, which in retrospect was such a kindness from the Lord, because I got to sit with him. He got to talk to me,” Mattie shared. “I mean, it was not full sentences, but we could converse. And he knew who I was. And, you know, all the little things, like holding your hand the same way, and he popped my fingers and got to tell me that he loved me, and I obviously told him I loved him, too, and everything’s going to be fine.”

Ben underwent his first brain surgery that night, spent roughly twelve days in the ICU in a medically induced coma and underwent another brain surgery. Mattie admits that she never anticipated that the injury would be fatal.

“Essentially what happened is just his brain swelling continued so much that it continued to sedate him. And again, [they] take out part of his skull and brain surgeries and things like that,” Mattie said.

Mattie, a devout Christian, said that they showered Ben with prayers of healing while he was hospitalized. They prayed for a miracle, and ultimately that prayer was answered….just not in the way they had hoped.

“You know, that’s part of what a lot of our family has struggled and wrestled with is, like, we did all the things, like, we were on our knees in the hospital room, and we asked the surgeons to pray over him before they operated. And, you know, you do all those things, and the part of you that’s human wants to believe so bad that God will honor that and that He’ll give you the miracle because of what you’re doing,” Mattie confessed. “And at the end of the day, what we were praying for Ben happened. We kept praying, ‘May he be healed and whole.’ And he is, he’s just with Jesus. And that’s the most healed and whole you can be.”

Mattie and Ben met at a cookout the summer of 2015. Mattie rejected his first invitation for a date, but when he called her three months later and asked again, she accepted. They dated for a year before Ben proposed. One year later, in October of 2017, they married in a fairytale Nashville wedding that was chronicled by Southern Bride.

Read the transcript of Mattie Jackson Selecman’s podcast interview here. Or, listen to the podcast at the link below.