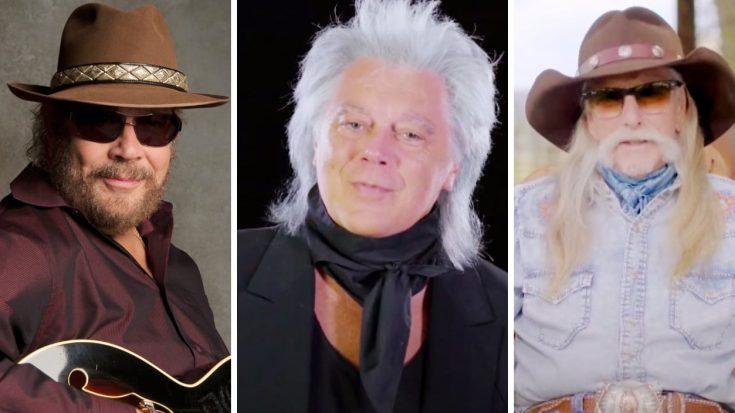 Due to the world environment this year, the CMHOF did not hold its typical press conference and delayed announcing the 2020 class of inductees. But the long-awaited announcement finally came on Wednesday (August 12).

Via a press release and posts on its social media profiles, the CMHOF announced its 2020 class of inductees includes Dean Dillon, Marty Stuart, and Hank Williams Jr.

JUST ANNOUNCED: @deandillonmusic, @martystuart, and @officialhankjr are joining the Country Music Hall of Fame. Congratulations to the new members-elect. For more, visit the link in our bio. #HonorThyMusic

Dillon is being inducted in the “Songwriter” category. This category rotates every three years with the “Recording and/or Touring Musician” and “Non-Performer” categories.

Many people know Dillon for his work with George Strait. He has penned many of the “King of Country’s” biggest hits, including “Ocean Front Property” and “The Chair.” Dillon also co-wrote “Tennessee Whiskey” with Linda Hargrove, which has been recorded by David Allan Coe, George Jones, and Chris Stapleton.

Even though Dillon has earned a number of accolades for his work, he was still blown away when he got the news he was being inducted into the CMHOF:

“I was just speechless,” Dillon said, as quoted in the CMHOF’s press release. “Trying to soak in the words that I had just heard. My life flashed before my eyes. You could’ve knocked me over with a feather.”

The CMHOF also sat down with Dillon and filmed a video of his reaction.

Stuart is being inducted in the “Modern Era Artist” category. Artists become eligible to be inducted into this category 20 years after they achieve “national prominence.”

The Hall of Fame recognized Stuart for his accomplishments as a singer, songwriter, musician, producer, and overall champion of country music. It’s that passion for country music that makes his pending induction into the Hall of Fame so meaningful to Stuart.

The news also comes just one year after Stuart served as the CMHOF’s Artist in Residence:

The CMHOF also sat down with Stuart to film his reaction to the news of his induction.

As for Williams, he is being inducted in the “Veterans Era” category. Artists are eligible for induction into the Veterans Era category 40 years after they achieve “national prominence.”

Many country fans have spent years campaigning for Williams to be placed in the CMHOF. Known as one of the most successful country artists in history, Williams has given us unforgettable hits such as “Family Tradition” and “All My Rowdy Friends Are Coming Over Tonight”

Williams started his career singing in the style of his late father, Hank Williams. So when he decided to follow his own path and change the sound of his music, he faced some criticism from fans. However, by doing his own thing and making the type of music he wanted to make, Williams turned himself into a major star.

The CMHOF did not film a video with Williams, but did get a statement from him. His statement was quoted in the press release:

“Bocephus has been eyeing this one for awhile,” Williams said, referring to himself by his famous nickname. “It’s a bright spot during a difficult year. I have been making Top 10 records for 56 years. I fell off a mountain and tried to reinvent myself as a truly individual artist and one who stepped out of the shadows of a very famous man…one of the greatest. I’ve got to thank all those rowdy friends who, year after year, still show up for me. It’s an honor to carry on this family tradition. It is much appreciated.”

Williams, Stuart, and Dillon will be inducted into the CMHOF at a later date. Details regarding the traditional Medallion Ceremony will be released as they emerge.

Join us in congratulating these three country music icons on this major accomplishment!