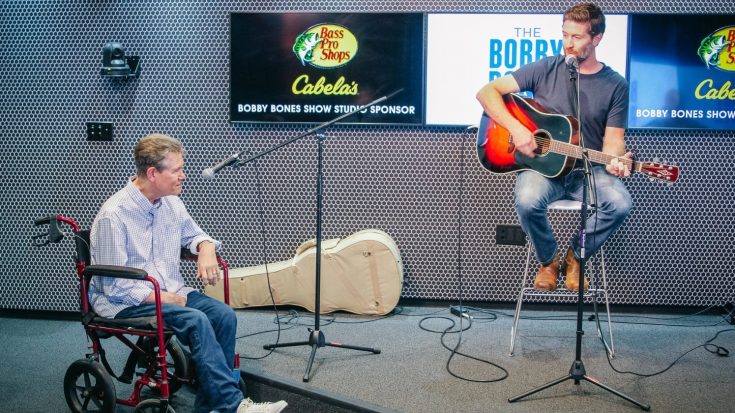 Following in short order after Randy released his newest single “Fools Love Affair” and Josh had announced his own recorded duet with Travis on his forthcoming album Country State of Mind, the two paired up during an impromptu visit to The Bobby Bones Show.

Taking to social media with a tease of that day’s live show, Bobby Bones shared a photo of Randy Travis and Josh Turner on the small stage at their sound studio.

Then, just a day later, they shared the full acoustic performance with fans on their YouTube channel, eliciting a string of emotional reactions from country fans across the world.

“Absolutely beautiful, what an incredible tribute to Randy Travis and kudos to Josh and including Randy. This was amazing. Randy Travis was an amazing artist,” one wrote.

“This is legend status right here,” said another.

Singing this track together live is something many artists and fans never get to see as Randy has struggled to sing and talk following a 2012 stroke that affected his motor skills.

To say that this is witnessing history would be an understatement.

Watch the full video below!