Alan Jackson “Gives All He’s Got” To Emotional Dallas Crowd 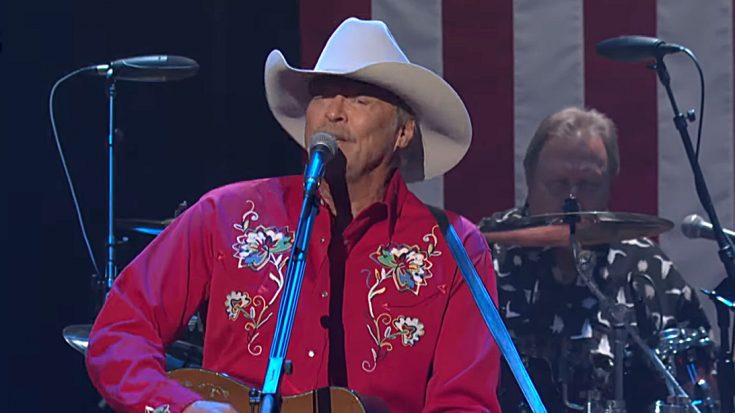 Alan Jackson took the stage in Dallas Saturday (September 17) for one of the final stops on his Last Call: One More For The Road Tour.

In what can only be described as an emotional return to the Lone Star State, Alan Jackson gave fans in the nearly-packed American Airlines Center all the feels. Perhaps it was the memories evoked by Jackson’s impressive music catalog that dates back three decades.

But, it’s more likely that fans were moved by the fact that this is possibly one of the last times they will get to see the 63-year-old singer perform a full concert set on a stadium stage. Prior to kicking off his current tour, the Country Music Hall of Famer revealed that the 30-city tour would be the last time he would be a part of a tour of this magnitude.

In 2021, Jackson shared on TODAY that he has been battling Charcot-Marie-Tooth (CMT) syndrome, a hereditary degenerative nerve condition.

“I have this neuropathy and neurological disease,” Jackson told TODAY. “It’s genetic that I inherited from my daddy…There’s no cure for it, but it’s been affecting me for years, and it’s getting more and more obvious.

“It’s not going to kill me. It’s not deadly,” Jackson added. “But it’s related to muscular dystrophy and Parkinson’s disease.”

About halfway through Jackson’s Dallas concert, he paused to “violently clear his throat” before apologizing to the crowd.

It’s unclear if the singer was referring to the affects of CMT or lingering affects of COVID. Jackson canceled a concert appearance in Kansas City on August 27 after testing positive for COVID.

But, fans in attendance didn’t seem to notice that the “Chattahoochee” singer wasn’t feeling up to par. Jackson powered through a 90-minute,  22-song set, showing off the smooth vocals that made him one of the biggest country stars of the 1990s.

The only indication that Alan Jackson isn’t in the same physical condition as he was in his prime was a brace bolted to the stage that the singer could lean against for support.

What is Charcot-Marie-Tooth (CMT)?

Charcot-Marie-Tooth disease is also called hereditary motor sensory neuropathy. It causes damage mostly in the arms and legs, sometimes causing difficulty walking and trouble with balance. As the disease progresses, symptoms can spread to the hands and arms.

For Alan Jackson, the disease has affected his ability to walk, something that he knew fans were noticing. It was because of his “stumbling around on stage” that Alan felt the need to publicly share what he was dealing with.

“I don’t want [fans] to think I’m drunk on stage because I’m having problems with mobility and balance,” Jackson told TODAY‘s Jenna Bush Hager. “It’s starting to affect my performance on stage.”

Jackson added, “I was starting to get so self-conscious up there, about stumbling around. It just made me nervous, trying to keep my balance and not look pitiful.”

There is no cure for CMT, but there are treatments available that allow patients to live full, productive lives.

See some clips from Alan Jackson’s Dallas concert below.