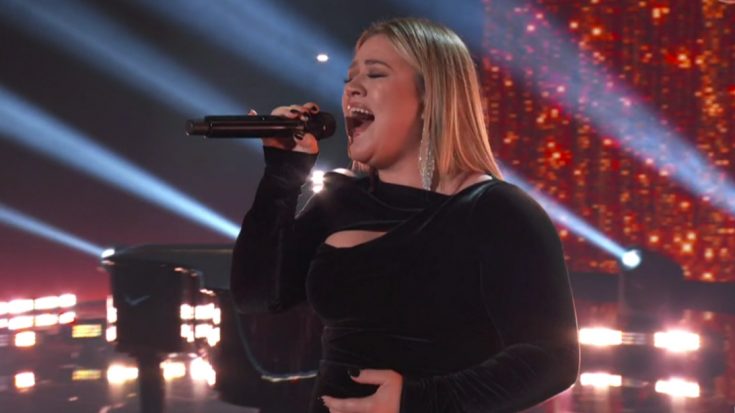 Arguably the most anticipated and greatest performance of the 2022 ACM Awards show just went down at Allegiant Stadium in Las Vegas where Kelly Clarkson paid tribute to Dolly Parton.

The tribute performance from the American Idol champ was a highlight of one of country music’s biggest night’s as Clarkson honored the legendary Parton with a stunning performance of “I Will Always Love You,” a song penned by Parton for her longtime partner Porter Waggoner. The song was a big hit for Parton in 1974.

The singer recorded a new version of the song eight years later for her film, The Best Little Whorehouse in Texas. But, it was Whitney Houston‘s rendition of “I Will Always Love You” that she sang in the 1992 movie, The Bodyguard, that made the song one of the most popular in music history. Houston starred in the movie alongside Kevin Costner who is responsible for choosing the song for the film.

“Kevin Costner and his secretary are the ones that loved the song,” Parton said. “They had another song that was going to go in that place, and someone had recorded the song they were going to use. They were just in a panic at the last minute. And so they asked me about the song. I sent it. I didn’t hear anything more.”

During her interview a television special CMT 40 Greatest Love Songs, Dolly Parton said, “Of course, ’I Will Always Love You’ is the biggest song so far in my career. I’m famous for several, but that one has been recorded by more people and made me more money, I think, than all of them. But that song did come from a true and deep place in my heart.”

Kelly Clarkson made her cover of “I Will Always Love You” her own during Monday night’s ACM Awards, with a hint of inspiration from Whitney Houston’s rendition. Clarkson started singing the familiar tune accompanied only by a guitar. A piano joined in, giving the song a solemn, touching feel as Clarkson’s impressive vocals took over.

After her performance, Clarkson was joined on stage by Dolly Parton who said that she had been backstage listening and trying not to “cry her false eyelashes off.” Parton also told Clarkson “I know Whitney is smiling down on us tonight. She would be so proud.”

Kelly Clarkson may be considered a pop singer, the Texas-born singer has strong country roots, even earning her own ACM nominations in the past for collaborations with artists including her former mother-in-law Reba McEntire (“Because of You”), Jason Aldean (“Don’t You Wanna Stay”), Vince Gill (“Don’t Rush”) and Dan + Shay (“Keeping Score”).

Monday night’s ACM Awards performance marks the fifth time Clarkson has taken that stage. But, perhaps her most memorable country award show performance prior to Monday’s Dolly Parton tribute came in 2018 when she joined Reba to sing “Does He Love You,” a song originally recorded by Reba and Linda Davis in 1993.

If there was ever any doubt that Kelly Clarkson could sing any song from any genre, her ACM tribute performance for Dolly Parton was proof that her talent knows no boundaries.

Watch Kelly Clarkson pay tribute to Dolly Parton in the video below.