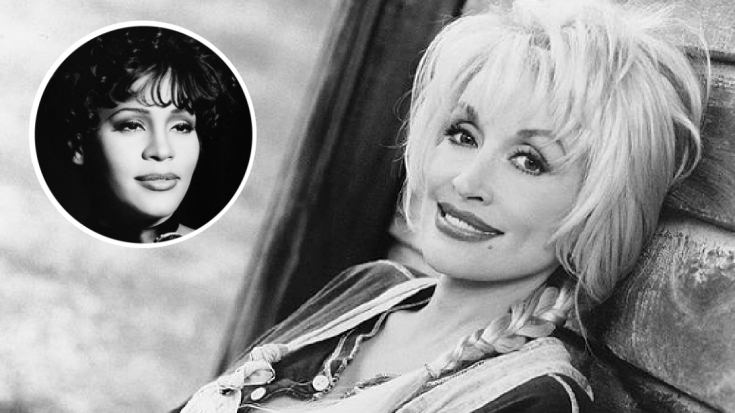 Dolly Parton appeared on Watch What Happens Live with Andy Cohen Thursday (July 29) and revealed what she did with the roughly $10 million she earned in the 1990s on royalties from Whitney Houston’s version of “I Will Always Love You.”

Parton originally wrote and recorded the song in 1973 as a farewell to her former partner Porter Wagoner whom she worked with on his self-titled show for seven years. Parton’s recording of “I Will Always Love You” was a huge success for the singer as it topped the Billboard Hot Country Songs chart….twice! The first time was in June 1974. The second time was eight years later when she re-recorded it for the soundtrack of The Best Little Whorehouse in Texas.

The already-popular country song reached a new generation and audience when Whitney Houston recorded her version in 1992 for the film The Bodyguard. Houston’s rendition holds the record for the best-selling single by a woman in music history, and in doing so earned Dolly Parton a massive payday…roughly $10 million in the ’90s and continued royalties ever since.

In a recent interview with Andy Cohen, Parton revealed how she spent some of the money earned by Whitney Houston’s rendition of “I Will Always Love You.”

“I bought my big office complex down in Nashville. So I thought, ‘well this is a wonderful place to be,’” Parton replied to Cohen’s question about the best thing she bought with the royalties. “I bought a property down in what was the black area of town, and it was mostly just black families and people that lived around there. And it was off the beaten path from 16th avenue.”

“And I thought, ‘well I am going to buy this place, the whole strip mall.’ And thought, ‘this is the perfect place for me to be,’ considering it was Whitney.”“So I just thought this was great, I’m just gonna be down here with her people, who are my people as well,” Parton said. “And so I just love the fact that I spent that money on a complex. And I think, ‘this is the house that Whitney built.’”

Hear Whitney Houston sing “I Will Always Love You,” written by Dolly Parton, below.