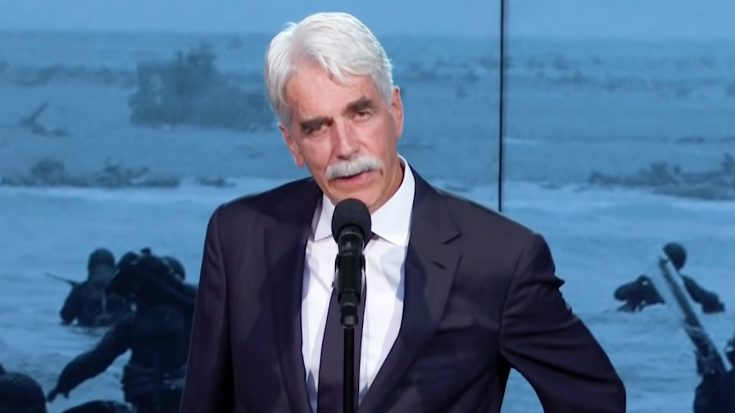 With 50 years of film under his belt, actor Sam Elliott is practically the embodiment of a latter-day cowboy. Widely known for his deep voice and perfect mustache, the man is a legend on TV and film. But how much do you really know about the actor? Below is a list of some facts about him that you may or may not have known before.

1. He is a California native

This might come as a surprise to a lot of people given the fact that Elliott has one of the most recognizable baritone drawls in Hollywood, but the actor was actually born in Sacramento, California on August 9, 1944.

2. His dad was against him being an actor

Elliott’s dad worked for the U.S. Fish and Wildlife Service, in charge of predatory and rodent control. With such a manly, outdoorsy job, it’s easy to see why their relationship grew divisive when Elliott told his father he wanted to become an actor. He told AARP, “My father once said, ‘You haven’t got a snowball’s chance in hell in Hollywood.’”

3. He Served In The Military

He was a proud member of the California Air National Guard’s 163rd Airlift Wing out of Channel Islands. In 2002, the National Guard Association honored Elliott with the Spirit of America award.

4. He’s been married to actress Katharine Ross since 1984

The two of them met when they both co-starred in The Legacy. The pair were soon in love and wed, marking Elliott’s first and only marriage. To this day they remain happily married to one another and have one daughter together, Cleo Rose Elliott.

5. His first big film was an appearance in Butch Cassidy and the Sundance Kid

His first credited role was in the 1969 film, “Butch Cassidy and the Sundance Kid.” Even though the role was small, and his lines were off-camera, this was the start of a dazzling career for the actor.

6. He has the same birth date as Smokey the Bear

Yes that’s right. These two celebrities share the same birthday. August 9, 1944 is the same day that Sam Elliott and the U.S. Forest Service icon were born. Starting in 2008, he even voiced the historic mascot, something he is incredibly proud of.

7. He’s proud of his southern drawl

It’s hard to imagine that one of the things that distinguishes Elliott the most was something he was advised to get rid of. Elliott told CBS Sunday Morning,

“A guy named Mike Greenblatt told me that one time. He worked at a big agency, and he said ‘You ought to get voice and diction lessons. You need to learn how to talk.’ They wanted me to speed up and enunciate. I went through trying to do that for a time, but I’m glad it didn’t work out. I’ve played a lot of guys who have that Western sensibility. It’s me being me.”

Some of his most notable films include Tombstone, Ghost Rider, Gettysburg, Road House Up In The Air, The Golden Compass, Hulk, We Were Soldiers, and also Bigfoot.

Some of his TV highlights include Gunsmoke, Mission: Impossible, The Ranch, Lancer, Murder in Texas, Buffalo Girls, Justified, and Hawaii Five-O.

For more on Sam Elliott watch the video below.