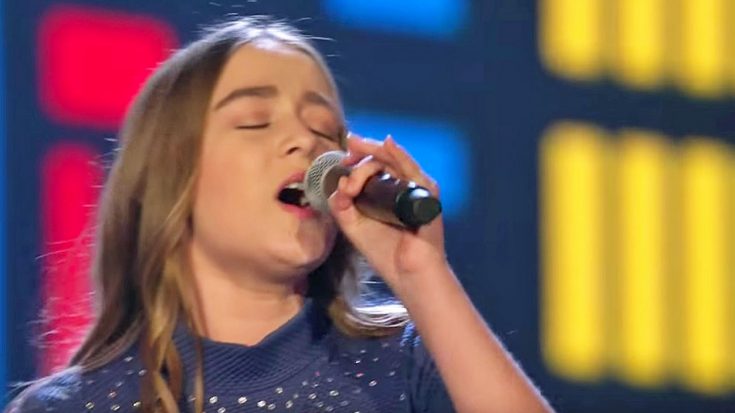 The Voice Can Be Heard Worldwide

The Voice has established itself as the leading singing competition series in the United States, and it’s easy to see why. There’s no other series quite like it, as The Voice uses coaches who guide contestants through the competition, rather than judges whose job is to simply critique.

But the popularity of The Voice extends far beyond the United States. There is an iteration of the show in numerous countries around the world, including Germany.

Posted by The Voice of Germany on Thursday, September 25, 2014

In addition to having the normal format of The Voice, Germany also runs a series called The Voice Kids, which is for aspiring singers between the ages of 8-14.

On the 2017 season of The Voice Kids, viewers were treated to a remarkable finale performance from a 14-year-old girl named Lina. The song she chose to sing was “If I Were a Boy,” which was originally recorded by pop and R&B artist Beyonce and released in 2008.

The song earned a country music connection in 2011 when Reba McEntire released it as a single off of her album All the Women I Am. Her version performed quite well on the country chart, and peaked at the 22nd spot.

Since Reba’s version of “If I Were a Boy” was obviously noteworthy, we’re sure you’ll enjoy hearing 14-year-old Lina sing it. The young girl only performed a short snippet of the song, but that snippet gave her just enough time to showcase her mighty voice.

This Girl Has Some Serious Range!

Lina started off singing softly and in the lower end of her range, which brought a sense of tenderness to her performance. Then, she displayed a great sense of power when she suddenly belted out a high note upon reaching the song’s chorus.

But that wasn’t the only burst of energy Lina had in her system. She followed that high note with a plentiful amount of others, each one with a little more punch than the last.

When you watch Lina sing “If I Were a Boy” in the clip below, it will be hard for you to believe that she was only 14. She made Reba proud, that’s for sure!