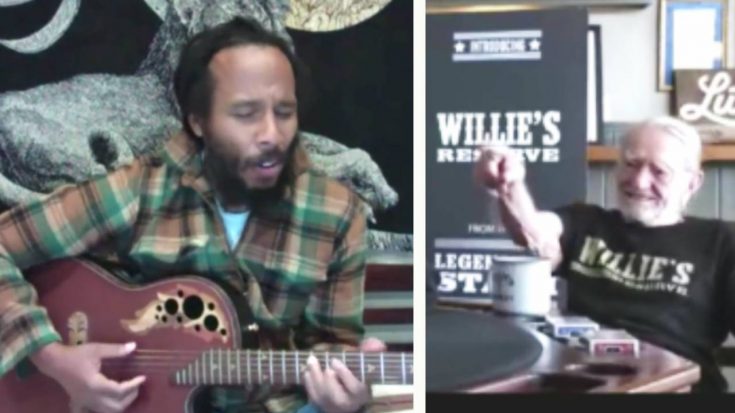 On April 20, 2020, Willie Nelson’s Club Luck hosted a four-hour-and-twenty-minute livestream on Twitch and Facebook called “Come And Toke It.”

The event was billed as “a variety-style livestream celebrating Cannabis in an entertaining and educational environment.”

Hosted by Willie Nelson himself, the event featured major celebrity guests including Matthew McConaughey, Jeff Bridges, Kacey Musgraves, Billy Ray Cyrus, Toby Keith, Tommy Chong, Ziggy Marley, and so many more. Check out the full lineup in the post below.

The event also served as a fundraiser and the money would go directly towards The Last Prisoner Project, which according to their Instagram bio, is an organization “dedicated to repairing the past and continuing harms of the criminalization of cannabis through intervention, advocacy, and awareness.”

While there was over four hours of content to watch, one of the stand out moments was when reggae singer Ziggy Marley hopped on the livestream with Nelson. You may know Ziggy as the eldest son of the legendary Bob Marley.

During his “set,” Ziggy chose to perform a personalized version of one of his father’s most iconic songs, “One Love,” which seemed quite appropriate with everything the world is going through right now.

Ziggy said the version he played was inspired by Nelson’s style. After his performance, the reggae star thanked Nelson for being such an inspiration to him.

Ziggy’s performance is about 55 minutes in.

This isn’t the first time these two weed-enthusiasts have met, or even worked together! In 2013, they teamed up for a song on Ziggy’s album Family Time called “This Train.”