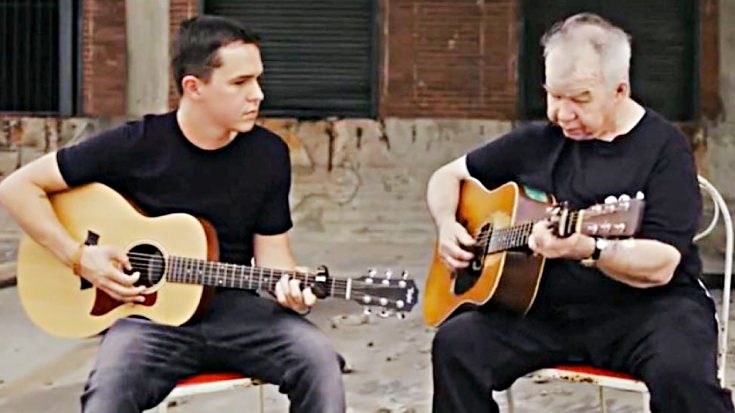 The legendary singer-songwriter John Prine passed away on April 7, 2020 due to complications associated with COVID-19. He was 73 years old.

Over Prine’s five-decade career he released more than 20 albums and inspired generations of music artists including Bonnie Raitt, Jason Isbell, Amanda Shires, and Brandi Carlile. Prine’s songs chronicled the stories and struggles of everyday working people and changed the face of modern Americana music. He was well respected and loved among many artists across multiple genres of music.

Our beloved John died yesterday evening at Vanderbilt Medical Center in Nashville TN. We have no words to describe the grief our family is experiencing at this time. John was the love of my life and adored by our sons Jody, Jack and Tommy, daughter in law Fanny, and by our grandchildren. John contracted Covid-19  and in spite of the incredible skill and care of his medical team at Vanderbilt he could not overcome the damage this virus inflicted on his body. I sat with John – who was deeply sedated- in the hours before he passed and will be forever grateful for that opportunity. My dearest wish is that people of all ages take this virus seriously and follow guidelines set by the CDC. We send our condolences and love to the thousands of other American families who are grieving the loss of loved ones at this time – and to so many other families across the world. Thank you from the bottom of our hearts for the outpouring of love we have received from family, friends, and fans all over the world. John will be so missed but he will continue to comfort us with his words and music and the gifts of kindness, humor and love he left for all of us to share. In lieu of flowers or gifts at this time we would ask that a donation be made to one of the following non profits: thistlefarms.org roomintheinn.org nashvillerescuemission.org

During John’s fight with COVID-19 and since his death, his wife, Fiona Prine, has kept fans updated and ensured her husband’s memory has stayed with her through a series of her favorite memories with him.

A week after Prine’s death, Tennessee had a light snowfall and Fiona shared the love John had for snow and Christmas on her social media.

“So it snowed today- one week since he left us to figure out how to be happy on our own. I’m going to follow his directions. Any day can be Christmas. Any day is a good day to be seen and heard and loved. And I will love you forever my sweet John.”

I was reading a story for our Grandson this afternoon when he interrupted me, ”Nona, it’s really actually snowing right now” ( actually is his new awesome word) I must have expressed doubt but he said he was going to check it out. Yes, it was snowing. Now, we all know that John loved Christmas. It was always a perfect season for him but if it snowed… well, we had a full on celebration on our hands. John kept a white Christmas tree lit year round. If it snowed in December, in April or November he felt seen and heard and loved. So it snowed today- one week since he left us to figure out how to be happy on our own. I’m going to follow his directions. Any day can be Christmas. Any day is a good day to be seen and heard and loved. And I will love you forever my sweet John. ? @ledjac – our lovely friend

On April 21, 2020 two weeks since John’s death, Fiona took to Instagram to share a video of their son Jack performing one of his dads’ songs, “Clocks and Spoons.”

Jack opens the video sounding slightly emotional… “Hey guys, I just wanted to play you one of my dad’s songs for you… he always loved it when I played it for him, so I hope you guys love it too.”

“Clocks and Spoons” is off of John’s second album Diamonds in the Rough that was released in 1972.

This is such a beautiful tribute to his dad.

Watch Jack perform his dads’ song “Clocks and Spoons” below.

Jack writes his own songs too but he wanted to share his favorite Dad song with you all. @jack.prine94