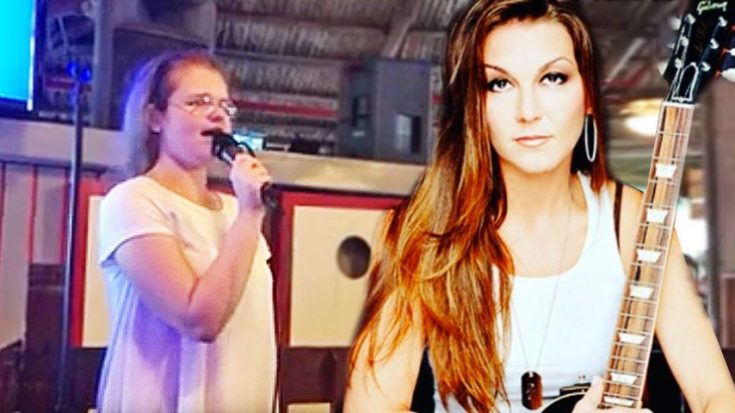 Self-identified as the “little blind girl with the big voice” on her star-studded Instagram account, Sarah has been entertaining audiences with her singing and songwriting since kindergarten.

The talented teen was born with Leber’s congenital amaurosis (LCA) which robber her of her sight. But, don’t try and tell Sarah you have to see to be able to sing. She won’t buy it. No one can dash her dreams of becoming a country singer.

To help her fulfill that dream, her parents, Greg and Susan, have taken her to as many concerts as they can get to. In the 10 years she’s been singing, Sarah has been on more stages with stars than most will achieve in a lifetime.

Sarah has performed in major venues such as the Bluebird Cafe, at national and collegiate sporting events, with major stars and at the 2018 CMA Fest.

Watch Sarah nail Gretchen Wilson‘s “Redneck Woman” as her audience gets caught up in the tune. For this crowd, hearing is believing.

Even at age 13 (as she appears in the video), this aspiring country star refused to let her lack of vision interfere with her ability to dream.

Watch Sarah Hardwig’s cover of “Redneck Woman” below and tell us what you think.