Wynnona Judd Gives New Take On “Mary Did You Know?” 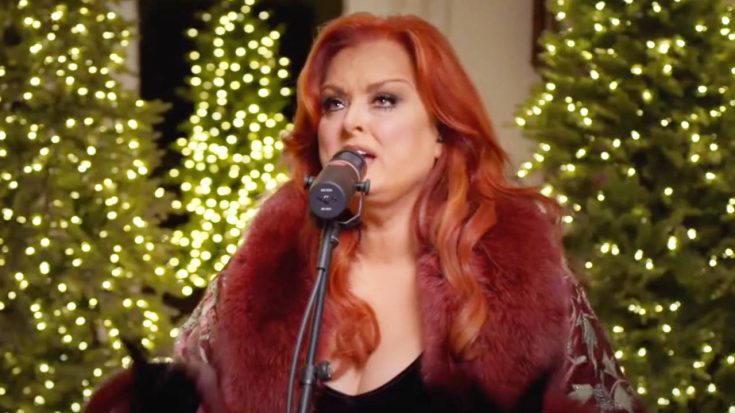 On November 29, CMT announced a Christmas special titled “A Tennessee Kind of Christmas,” which would be airing on December 8th. Performances would be given by Pam Tillis, Wynonna Judd, Billy Ray Cyrus, Amy Grant, Sara Evans, and more at eight popular locations around Nashville.

Clay Walker performed in a barnyard, Sara Evans sang at the historic Ryman Auditorium, while Wynonna Judd performed at Nashville’s Cheekwood Mansion and Museum, where she also spoke of her memories of Christmas as a child.

“My memories of growing up in rural Kentucky were my mom and my sister and me in our pajamas,” she told CMT. “We had nothing, but we had everything. One of the things we did for gifts was learn songs, and we would sing, and we would eat. We had no TV or telephone, so it was up to us to have creative opportunities.”

In the early 90s, Gaither Vocal Band members Mark Lowry and Buddy Greene wrote a song together title “Mary Did You Know”. The song was first recorded by Christian singer Michael English, and later by the Gaither Vocal Band in 1998 for their Christmas album Still the Greatest Story Ever Told.

It has since become a modern day Christmas classic and has been recorded and covered by many artists including Glen Campbell, Scotty McCreery, Reba McEntire, Kathy Mattea, and a cappella group Pentatonix. In 1997, Kenny Rogers and Wynonna Judd teamed up to sing the angelic song for Rogers’ Christmas album The Gift.

Her new version of “Mary Did You Know?” sounds more edgy than her recording with Rogers, and features electric guitar which suits her powerful vocals very well.

Watch her performance of “Mary Did You Know?” below.