Tim McGraw Releases Song That Will Be Featured In “Yellowstone” 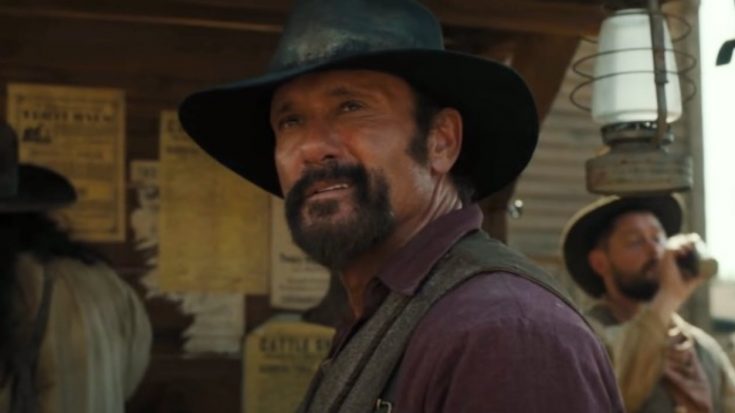 Tim McGraw released “The Cowboy in Me” in 2001. It was the third single he released off of his album Set This Circus Down.

The song was written by Jeffrey Steele, Al Anderson and Craig Wiseman. It has the narrator singing about his restless spirit and his prideful nature, prompting him to remark, “I guess that’s just the cowboy in me.”

“The Cowboy in Me” went on to reach the #1 on the U.S. Hot Country Songs chart. It was also a crossover success, and claimed the 33rd spot on the all-genre Billboard Hot 100.

Now, 20 years after he originally released “The Cowboy in Me,” McGraw has a new rendition of the song to share.

This new version of “The Cowboy in Me” will be featured in an upcoming episode of Yellowstone. As McGraw wrote on social media:

“Just released a new version of ‘Cowboy In Me’ for @yellowstone!! Listen for it in the new episode airing this Sunday night on @paramountnetwork.”

It seems fitting that McGraw would choose to update “The Cowboy in Me” for Yellowstone. McGraw stars in the new Yellowstone prequel series, 1883, which debuts on December 19.

1883 will follow the Dutton family’s journey from Texas to Montana, where the modern-day Duttons of Yellowstone reside. Academy Award nominee Sam Elliott plays Shea Brennan, a cowboy who will guide the Duttons during their travels.

Head below to listen to the full audio of McGraw’s “Yellowstone Edition” of “The Cowboy in Me.” We can’t wait to hear it in the show!