Writer Behind One Of Your Favorite Classic Country Songs Passes Away 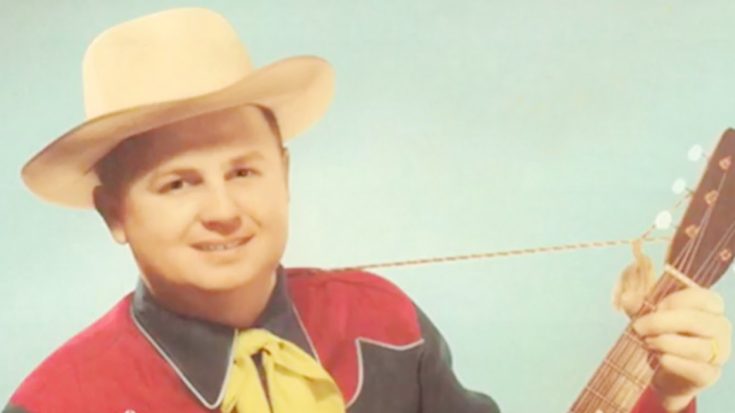 As a songwriter, there is no greater dream come true than having someone cut a song you wrote. Just one cut can make a songwriter’s entire career and change their life.

Jimmy’s career really kicked off in the 1950s, when his songs “Tennessee Border” and “That’s What Makes the Jukebox Play” topped the charts after they were recorded by some of the greatest artists in country music at the time.

But out of all of the songs that Work wrote throughout his career, none is more well-known or more frequently recorded than “Making Believe.”

Work recorded the song himself, but his rendition is surprisingly more of a hidden gem. That’s because Kitty Wells released her own rendition around the same time, and it was an immense success.

Wells took the song to the country chart’s top spot, and her rendition still stands as one of the most recognizable.

Due to Wells’ success with “Making Believe,” other popular artists followed suit and recorded their own renditions. Just a few of the many singers who ended up lending their voices to the track were Bob Dylan, Emmylou Harris, and Dolly Parton.

One of the most recognizable versions of “Making Believe” was actually recorded by two artists…Conway Twitty and Loretta Lynn. In addition to recording the song, the famous duo made it the title track of the final duets album they recorded together.

Although Twitty and Lynn’s rendition of “Making Believe” was not as big of a hit as it had been for other artists, the song was a beloved part of the duo’s catalog.

Despite the immense success he experienced, Work’s granddaughter Jennifer Marr said he never let it get to his head.

“He was a very humble human being,” she told The Tennessean. “He never bragged about his success. He still loved country music, I think the music during the time that he played was his favorite.”

After his songwriting success, Work left the music industry to work for Goodyear Tire, and retired from there. He lived in Dukedom, which is where he sadly passed away on December 22 at the age of 94.

Our hearts go out to Work’s family and loved ones as they mourn his loss. You can honor him by listening to yet another rendition of his famous song, “Making Believe,” in the video below.