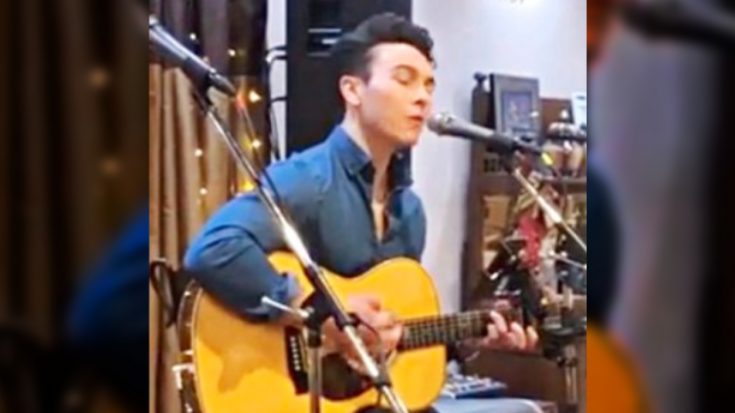 It is always great when a father and son can share a common interest. When your dad is a country music legend, it is even sweeter…

When you think Aaron Tippin – a few things might come to mind. Country music is probably at the top of the list, followed closely by his beautiful mustache. Aside from that, his famous hit song “You’ve Got To Stand For Something” was played in every household across the nation back in 1991.

Aaron had two boys with his wife of 20+ years, Thea. Their oldest boy, Ted, has gone on to work as and A&P Mechanic for his TN Flying Machines company. Here, he shares his passion and offers lessons and mechanical services.

As his sons have grown up and into their own, his youngest boy, Tom, has decided to follow in his father’s footsteps as a musician. With the support of his dad and mom, he has been playing locally in small, intimate venues.

While playing at the Button Willow General Store & Coffee Shop in Smithville, TN – young Tom gave a wonderful acoustic cover of The Eagles’ “Hotel California.” As he patiently strums his guitar on a stage lit by twinkling lights, you can already tell he’s got big things in his future.

Check him out in the video below and let us know what you think in the comments!

Tom’s at the Button Willow. Come on out!