“Birthplace of Country Music” To Be Torn Down 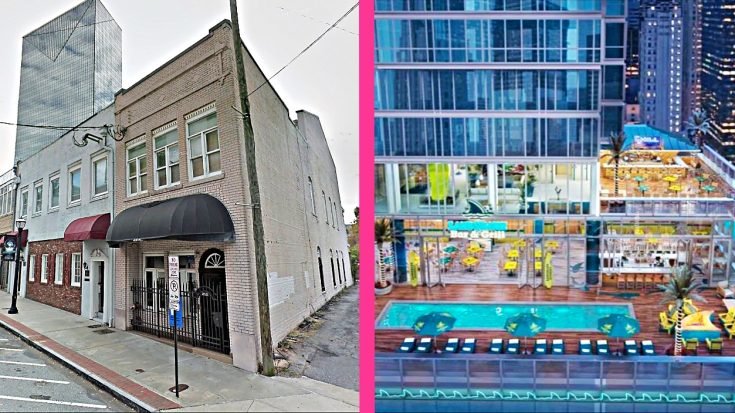 Times have definitely changed since country music first made its way onto the scene. And for one historic building, that means being demolished to make room for the hotel industry.

The “Birthplace of Country Music”

Nestled in the heart of Atlanta at 152 Nassau Street, one building holds the title as the “Birthplace of Country Music.” In 1923, Fiddlin’ John Carson recorded “The Little Old Log Cabin In The Lane” for Okeh Records. The recording paved the way for future musicians to enter mainstream music with their country sound.

Swipe left for clip! Here’s a newspaper advertisement from May 1924 that notes the release of this record, and a pic of Fiddlin’ John Carson’s fiddle and bow on display at the Country Music Hall of Fame and Museum in Nashville. We paid a visit a few weeks ago and seeing his actual fiddle was one of the highlights for sure. Carson’s “Little Old Log Cabin in the Lane” had been recorded by Ralph Peer in Atlanta and released on Okeh in June 1923, and it broke the ice for the fledgling country recording industry. The Okeh label and Peer brought Carson to New York in November 1923 for some follow-up recordings. “Old Sallie Goodman” was one of the songs recorded in the November sessions, although it’s release was held until the spring of 1924 as seen in the advert. Remember that Carson was about 20 years older than most of his recording contemporaries, and his sound reflects an earlier, 1800’s style.

The Okeh recording building was also the first place outside of New York and Chicago to record African-American blues musicians. Lucille Bogan and Fannie Mae Goosby both recorded with Okeh, making southern history.

To Be Torn Down

Currently being used as an office building for a handful of attorneys, the building sits adjacent from a Ferris wheel and the Centennial Olympic Park Concert Stage.

In 2017, developers proposed adding a Jimmy Buffet Margaritaville restaurant to the area to bring in tourism.

As plans progressed, the proposed restaurant expanded into a resort which will include 20 stories and will overlook downtown’s Centennial Olympic Park.

While there are supporters on both sides, a petition is going around to halt construction and preserve the historic building. You can check out some of the things the developers have in mind in the video below and let us know what you think in the comments.