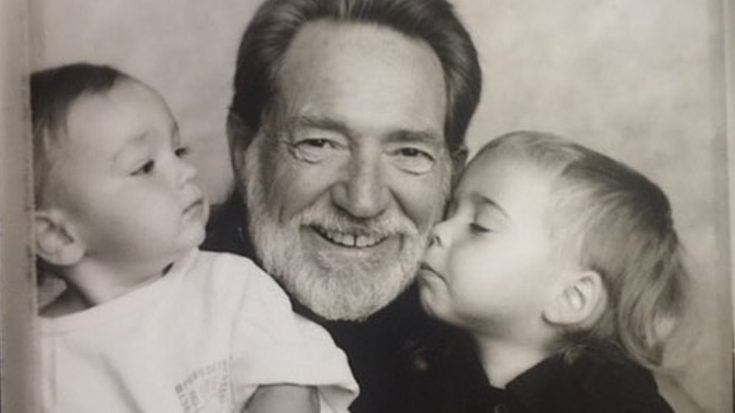 For as long as the world can remember, music legend Willie Nelson has been perfecting every task he takes on.

From being a widely successful singer to writing several of his own books, Willie has proven that his talents go well beyond the stage. But above all else, the accomplishment he boasts about most is being a father – that’s what he does best.

Willie and his wife, Annie D’Angelo are the parents to two beautiful boys Lukas Autrey and Jacob Micah. Both of the boys have kept a close relationship with their father beginning at a very young age. Ever since his early years, Lukas has spent his time touring all over the world with Willie and finding his love for music.

Jacob Micah, who was born just two years later, grew up touring alongside his brother and dad as well. The brothers have since become very involved in the music industry, starting their own bands and putting out their own music. While they follow in their father’s footsteps, it appears that Willie couldn’t be more proud.

Up all night , found this old photo of my brother @particlekid and I ❤️

Thankfully his boys have every intention of carrying on his legacy.

But before they were tearing up the stage alongside their dad, the boys were his mini-mes. While Lukas has shared a series of adorable throwback photos, his latest one might just be your new favorite.

A black and white photo shows Willie holding his sons looking happy as ever. In an unexpected surprise, Willie has short hair! Smiling big while Lukas gives him a kiss and Jacob Micah looks adorably confused, it is the picture-perfect moment you never knew you needed. Talk about a cuteness overload!

Nothing like a sweet throwback from the Nelson boys.