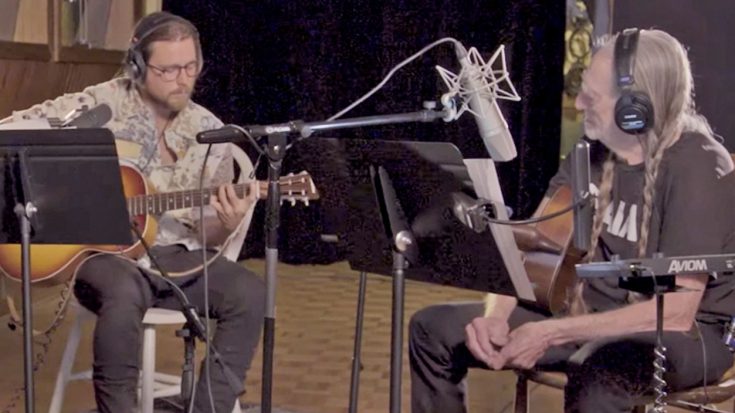 It’s an incredible thing to see a father and his sons maintain a meaningful relationship into adulthood. Seeing country legend Willie Nelson and his sons Lukas and Micah collaborate for a full album is even better.

Now playing on radio_sydney BLUE: "I'm Movin' On" by Willie Nelson from 'Willie and the Boys: Willie's Stash Volume 2' pic.twitter.com/51iYkrBx9q

The trio of Nelsons came together to record the album Willie Nelson and the Boys, featuring seven Hank Williams songs, and more from Hank Cochran, Hank Locklin, Hank Snow and Alyssa Miller. Along with releasing the album, Micah, Lukas, and Willie have been releasing intimate performances of each track, which they recorded at their ranch inside a saloon with a sign that reads, “Willie’s Place.”

What are your favorite songs from ‘Willie and The Boys’?https://willienelson.lnk.to/WTB_V2!1026

In this particular video, they performed a song that wasn’t on Willie Nelson and the Boys, but one that Lukas released with his band earlier this year called “Just Outside Of Austin.” Lukas sang lead vocals on the song, with his father playing guitar and his brother offering percussion by tapping on his guitar in syncopated beats. At some points in the song, you can see Willie sitting still, just admiring Lukas’ talent.

“Just Outside Of Austin” is included on Lukas’ most recent LP titled Lukas Nelson and the Promise of the Real and was written solely by Lukas.

On their first full studio album together, Willie Nelson and his sons Lukas and Micah recorded some of their favorite…

Watch the Nelson men perform “Just Outside of Austin” below.