Kenny Rogers Sings His Own Rendition Of “Ol’ Red” 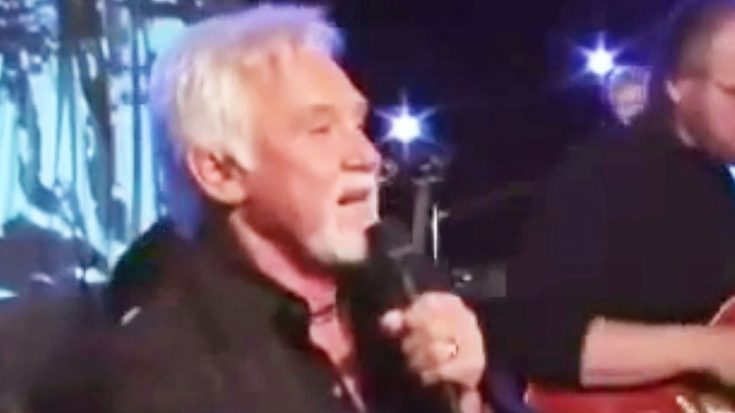 The Long History Behind “Ol’ Red” You Never Heard

Today, most people know “Ol’ Red” as a Blake Shelton song. That’s only fitting, since the song became one of Shelton’s earliest hits after it reached the 14th spot on the U.S. Hot Country Songs chart and the top spot on the U.S. Bubbling Under Hot 100 chart.

As popular as the song is, few people realize that it wasn’t originally Shelton’s. In fact, the history attached to “Ol’ Red” dates way back to 1990.

To put that in perspective, Shelton’s version of “Ol’ Red” wasn’t released until 2002.

Who Was The First?

The first artist to ever release a recording of “Ol’ Red” was none other than George Jones. He included it as a track on his album You Oughta Be Here with Me, but never released it as a single.

As a result, the song went fairly unnoticed by the country community.

That is, until another artist released his rendition of the song as a single in 1993. That artist was Kenny Rogers, who recorded “Ol’ Red” for his album If Only My Heart Had a Voice. The song failed to chart, but that didn’t stop Rogers from performing it in later years.

Four years after Shelton hit it big with “Ol’ Red,” Rogers once again offered up his take on the tune during a concert special that was filmed and later released. Thank goodness it was, because it’s one of the only clips out there of Rogers singing “Ol’ Red.”

If you’re used to hearing Shelton sing “Ol’ Red,” then Rogers’ version is going to sound quite different to you. But that difference is good, because Rogers brings something unique to the song that you don’t get from any other rendition.

Since Rogers experimented with many genres in his lifetime, his personal style was a blend of country, pop, and rock. You can definitely hear the rock influence in his performance of “Ol’ Red,” which gives it a bit of a groovy feeling. We won’t blame you if you start dancing along in your chair while you listen to him sing!

On that note, we’re going to let y’all enjoy Rogers’ performance of “Ol’ Red” now! It’s sure to have you howlin’ with delight by the time you’re done!