Willie Nelson Sings Of Love Lost In ‘Always On My Mind’ 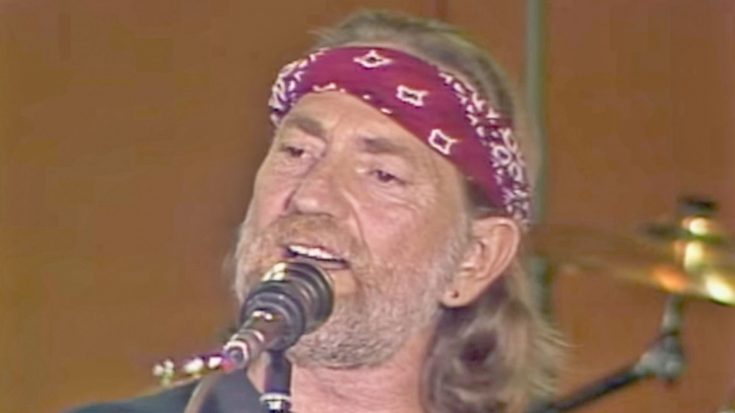 Whether you agree with his lifestyle or not, y’all have to admit that Willie Nelson is one of the best songwriters and storytellers of all time. Some of his earliest work includes the iconic Patsy Cline song “Crazy,” Roy Orbison’s “Pretty Paper,” and Billy Walker’s “Funny How Time Slips Away,” which Nelson ended up recording in 2010 with Juice Newton.

While he did not write the heartbreaking ballad “Always On My Mind,” he made it unlike any other version we’ve heard before, a testament to his incredible talent as a storyteller. “Always On My Mind” was written by Johnny Christopher, Mark James and Wayne Carson and first recorded by B.J. Thomas in 1969, followed by a slew of singers before Nelson got his hands on it.

Nelson’s 1982 rendition was one of the most successful versions, winning three Grammy Awards: Song of the Year, Best Country Song and Best Male Country Vocal Performance.

In the song, Nelson sings of a regretful man who did not treat the love of his life as well as he should have, but now that she’s gone, he thinks of all the things he should have done and admits that she’s always on his mind.

Nelson’s natural vibrato adds to the sadness of the song, catapulting our emotions into high gear. Watch him perform the sorrowful “Always On My Mind” below.