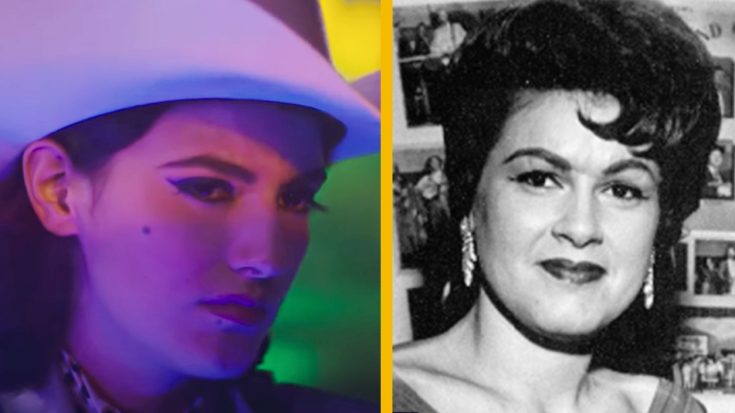 The video, which arrived just before Valentine’s Day, was directed by Natalie O’Moore and filmed at a cocktail lounge just outside of Music City. The clip also featured a cameo by fast-climbing country artist Mickey Guyton, who appears as an onstage performer.

The short film perfectly captures the heartbreak and longing of Cline’s 1961 recording. Viewers watch a young woman in western-style clothing pine after a man at the bar, who has become enchanted with another woman. The video’s protagonist sways to “Crazy,” which plays on a jukebox inside the lounge. As the song goes on, the woman’s love appears to edge towards a toxic infatuation.

The new music video is the first in a string of new content geared to celebrate Cline. Over the next few months, nearly 50 new vision clips will emerge from the legend’s artist catalog.

“It is wonderful that ‘Crazy’ remains such a beloved song 60 years after mom recorded it and it’s very exciting that its 60th anniversary is being celebrated with this great new video,” Cline’s daughter, Julie Fudge, explained in a statement obtained by discovermusic. “I hope that mom’s fans enjoy it and that it also helps new audiences discover her music.”

Check out the full clip in the video below!