Willie Nelson Shares His Secret To A Long Life: “Pay For The Day” 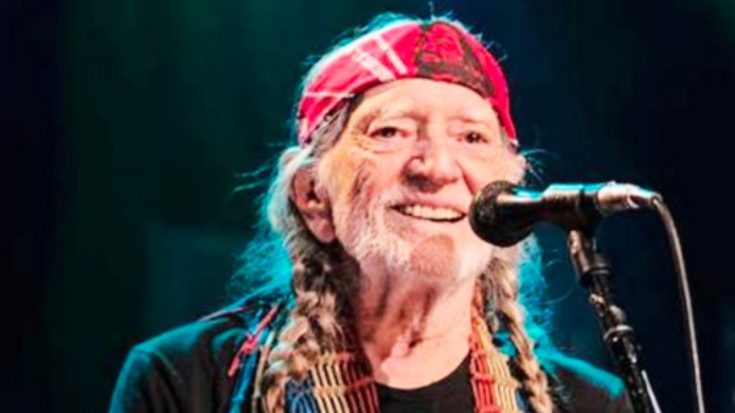 Willie Nelson is as famous for his iconic country voice as he is for his marijuana habit, but it may come as a surprise that he credits his good health to something other than what he’s become well-known for.

In a new interview with the Wall Street Journal, the soon-to-be 88-year-old said that he credits staying active for his long life.

“If you want to live a long time, you have to take care of yourself,” he says. “You have to pay for the day, every day. As you’ve always heard, if you don’t use it, you lose it. You need to move. So every day, I’ll jog or walk, do some sit ups—just a little something to pay for the day!”

Nelson told the publication that trading heavy drinking and cigarettes for marijuana in 1971 changed his life, saying that he dumped out a pack of cigarettes, filled his empty Chesterfield pack with 20 freshly rolled joints and never looked back.”

In 2019, Willie revealed that he’d stopped smoking marijuana after battling breathing issues and emphysema. But, that doesn’t mean he’s given up on the drug all together. In fact, his son Lukas said in a tweet that “between vaping, edibles, gummies, drops” and other ways to ingest cannabis, “I think it’s safe to say Willie will never stop enjoying Mary Jane!”

While Willie is making necessary changes and staying active to maintain his health, the “On the Road Again” singer admitted to WSJ that the pandemic is taking its toll on his spirit. After decades of living on the road and maintaining a grueling tour schedule, Nelson didn’t celebrate the break. Instead, he’s ready to get “on the road again.”

“This is the worst time of my life,” he says. “I have never been this frustrated. I try to think positive, but I feel like I’m in jail—I can’t go here, I can’t go there—and that really pisses me off.”

Despite his frustration, Nelson has managed to release two albums during lockdown. In July of 2020, the singer released “First Rose of Spring” and earned his 53rd Top 10 album, a number for the record books as Nelson is the only artist to have a Top 10 album in seven consecutive decades (1960s to 2020s). His latest project, “That’s Life,” was released February 26th and is a big band tribute to Frank Sinatra.

Hear the title track from Willie Nelson’s latest album in the video below.