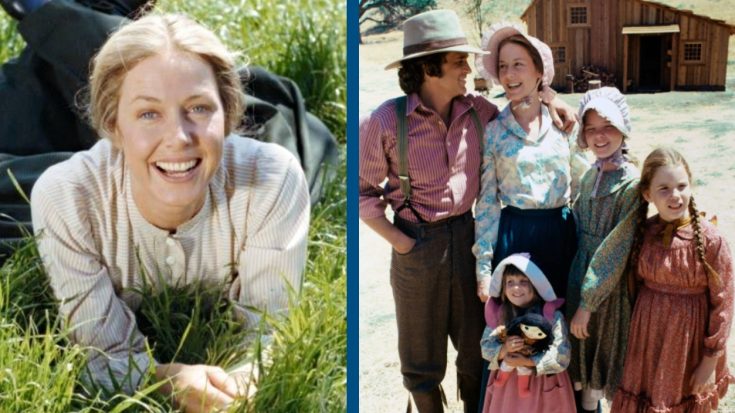 Actress Karen Grassle is best known for portraying Caroline Ingalls on the NBC classic series The Little House on the Prairie, but what happened to Grassle after the show ended?

Grassle played an adoring mother and captured viewers’ hearts during the eight years she spent on Little House On The Prairie, but before she auditioned for the role, the actress struggled financially. She spent a year in England with a Shakespeare company and eventually returned to the United States by using a bad check to finance her ticket. Fortunately, Grassle was later asked to audition to play Michael Landon’s love interest in a television show. After the audition, Landon immediately gave Grassle the part of “Ma” in Little House on the Prairie.

“I based her [the character] on my mother,” Grassle revealed to Closer. “If you read [Laura Ingalls Wilder’s] books and see photos, Caroline was very tough and sturdy. My mother rode a horse barefoot to school, and as a young woman, she taught in a one-room schoolhouse! So I took her character, strength and wisdom and infused Caroline with that.”

After Grassle wrapped Little House on the Prairie, the actress continued her acting career. She appeared in shows such as Gunsmoke, Murder, She Wrote, and The Love Boat. Grassle also appeared in the Kevin Costner movie Wyatt Earp. Still, Grassle admitted that her priorities began to change, which made furthering her career more challenging. She admitted:

“I did [have trouble getting roles after], but my priorities shifted because I wanted to have a family, so I was putting less energy into acting than I was into figuring out how to be a stepmom and have a child.”

Today, Grassle resides in the San Francisco Bay area, and she is involved in local theater productions. She also has her own theatre companies in Louisville, Kentucky, and Santa Fe, Mexico.

For more on Grassle, check out the video below.