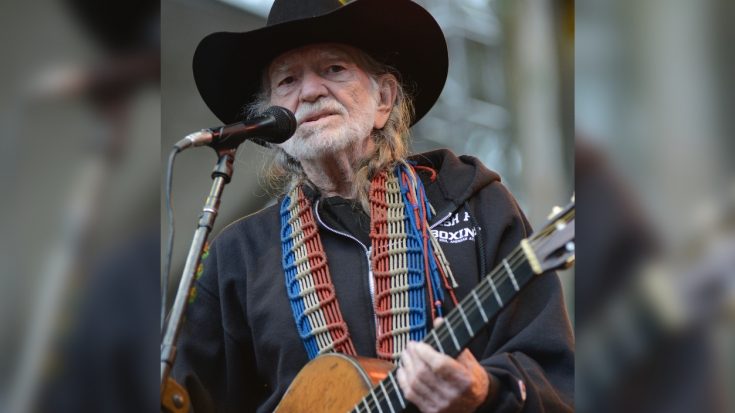 Country music legend Willie Nelson has released his new song “I’m The Only Hell My Mama Ever Raised” just in time for Mother’s Day. Nelson dropped the track along with a lyric video that portrays vintage-style Mother’s Day cards as the background.

The lyrics are exactly what you’d expect them to be. The entire song is a clever take on a mother trying to raise her boy to be a respectable man, only to have him wind up arrested.

Listeners will instantly recognize the classic Willie Nelson sound on this tune. With pedal steel combined with the laid back guitar strumming and his soft vocals, this song will easily become a favorite.

The song was written by songwriters Wayne Kemp, Bobby Borchers & Mack Vickery, and was a top 10 country single for Johnny Paycheck in 1977. It has also been recorded by George Jones, Hank Williams III, and many others.

Willie Nelson’s version of the song will be featured on his album First Rose of Spring, which came out on July 3, 2020, and marks his 70th studio album.

Knowing the 87-year-old’s life-long love for cannabis, most listeners will laugh at the irony when they hear Nelson sing out,

“She told me not to smoke it, but I did and it took me far away.”

Watch the video below to hear Willie’s version of the song.