Laine Hardy Returns To “Idol” & Sings “Life Is A Highway” 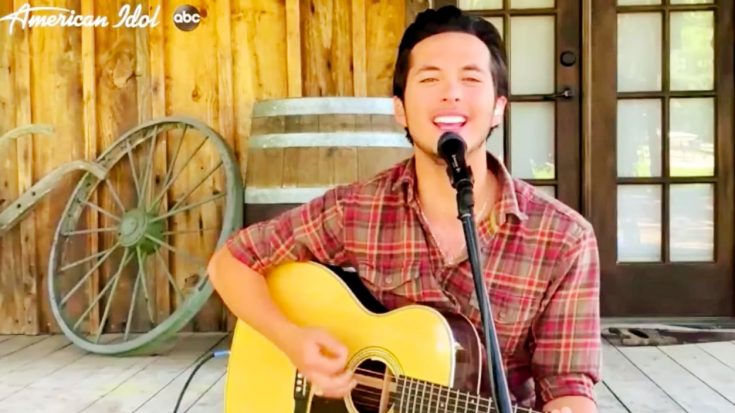 Every season, American Idol honors its friends at Disney by having its contestants perform Disney tunes during a themed night of the competition. During the 2019 season, frontrunner Laine Hardy paid tribute to his country roots by performing Roger Miller‘s “Oo-De-Lally,” which was featured in Disney’s Robin Hood.

Hardy delivered his “Oo-De-Lally” performance as a member of the Top 10. Fans were clearly impressed, as they chose to vote him through to the Top 8 after that.

Eventually, Hardy went on to win his season of Idol. He spent the next year crafting new music for his fans to enjoy, and released two new songs in the spring of 2020.

The two tracks are titled “Ground I Grew Up On” and “Let There Be Country.”

With two new songs under his wing and the one year anniversary of his Idol win approaching, Hardy returned to the show that made him a star to serve as a guest performer in 2020. It was Disney night once again, so Hardy turned to another Disney tune with country ties.

This time he opted for something a little more modern, choosing “Life Is a Highway” by Rascal Flatts. Their recording is actually a cover, since the song was originally recorded by Tom Cochrane and was released in 1991.

Rascal Flatts later remade the song for the soundtrack that accompanied the 2006 film Cars. The country trio’s cover was a smash success, as it claimed the ninth spot on the all-genre Billboard Hot 100 chart.

Years later, “Life Is a Highway” stands out as one of the most memorable Disney songs. It has a rock and roll vibe, making it the perfect track for Hardy, since he’s known for blending sounds of country and rock.

Due to current circumstances, Hardy delivered his performance from his home in Louisiana, giving fans the chance to watch the “Bayou Boy” sing in his element.

Tune in below to watch Hardy’s home performance of “Life Is a Highway.” It was so nice to see him back on Idol a year after he won!

Laine Hardy throws the party from home with a little Life Is A Highway!