Shania Twain Only Has 1 Son, Meet Him In 3 Baby Photos 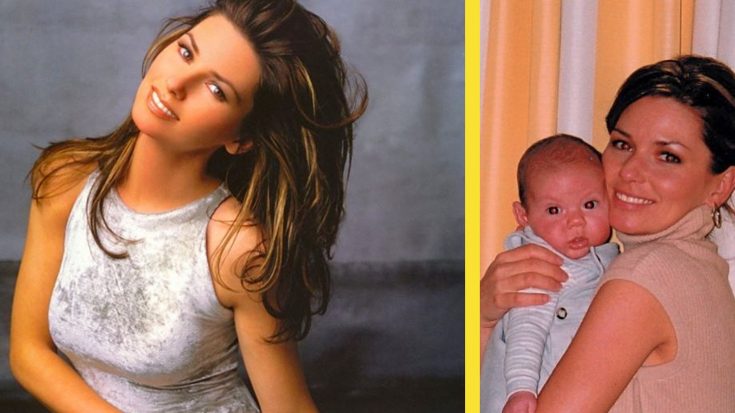 The queen of country-pop music and the top-selling female musician of all time, Shania Twain, is not only a superstar…but she’s a mom, too!

In honor of Mother’s Day every year, Shania always shares a sweet, candid photo of her and her only son, Eja Lange. Over the last few years, she’s shared at least three different photos of him as a child – and you can see the joy of motherhood beaming through her expression.

Happy Mother’s Day to all the mothers of the world ❤️

When Shania was married to her first husband, record producer Robert John “Mutt” Lange, the two were known as a powerhouse couple of hitmakers and both had instrumental roles in the success of her career. It was during this marriage that they welcomed their only child together, Eja, in August 2001.

Happy Mother’s Day to all the mothers of the world ❤️

Now 18 years old, Eja Lange is said to be working on a music career of his own, according to an interview Shania gave to Entertainment Tonight.

“He’s very passionate about making music, creating music, composing music,” she said. “He doesn’t have this desire to be on stage. I’m not sure if he would ever go in that direction. He’s following more in the footsteps of creating the music. He loves to orchestrate music. I’m very happy for him.”

While he might be grown up, Shania still loves to celebrate Mother’s Day with pictures of Eja as a baby or toddler and remember those times when they got to spend a lot more time together!

For me, being a mother is the best job in the world ❤ Happy Mother's Day.

Check out the interview below with Kelly Clarkson where Shania Twain explains how her son helped her get through her divorce with his father.