Willie Nelson On Retiring: “Something I Don’t Even Want To Think About” 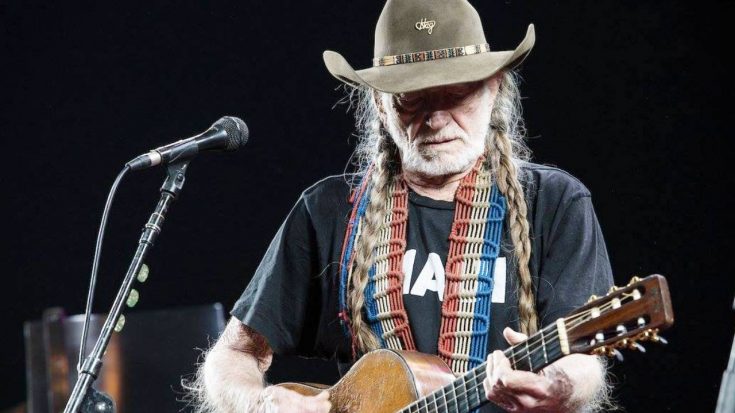 Country legend Willie Nelson is gearing up to release That’s Life, his 71st solo studio album. It is his second Frank Sinatra tribute album and a follow-up to My Way, which he released in 2018.

Prior to That’s Life‘s February 26, 2021 release date, Willie Nelson gave several interviews to promote it, one being with Parade. He spoke with the publication about the album of course, his weed line Willie’s Reserve, his love for Sinatra, as well as his other musical influences.

He also revealed that he was the bass player in Ray Price’s many, many years ago.

“Ray Price was one of my best friends. I played in his band for a long time,” Nelson said. “I played bass, and the funny part of it was, after I had already left and started my own band, I was talking to Ray and I said, ‘Ray, did you ever know I couldn’t play bass?’ He said, ‘Yeah.'”

Nelson explained Price still hired him, despite not being able to play bass because “he liked me. He and I were running buddies and I wrote for his publishing company, Pamper Music.”

WILLIE NELSON (ON BASS )AS A MEMBER OF RAY PRICE'S BAND THE CHEROKEE COWBOYS. 1961, pic.twitter.com/sYm5DlOkNc

Nelson listed Hank Williams, Ray Price, and George Jones as his biggest influences before being asked if he listened to any younger country artists.

He responded, “I don’t know if I’d call him young or not, but I like Jamey Johnson. There’s probably a half a dozen of those young guys coming up. Eric Church is someone who’s really talented.”

Most recently, Church performed the national anthem at the Super Bowl and is set to release a triple album, Heart & Soul, very soon. The two have even performed together, singing “Me And Bobby McGee” with Kris Kristofferson at the 2019 Willie Nelson American Outlaw event.

That’s Life is Nelson’s 71st album, but don’t think it’s close to being his last.

When asked if he ever thinks about retiring, Nelson said, “Music is what I do, and retiring is something that I don’t even want to think about.”

We’re so happy to hear that!

Check out his first music video from That’s Life, a duet with Diana Krall to “I Won’t Dance.”