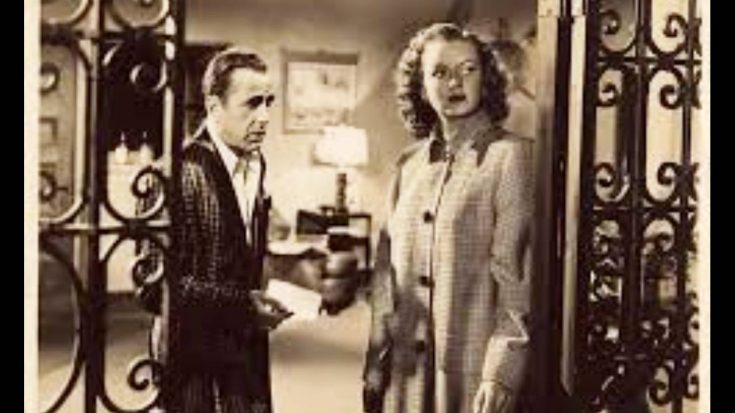 An actress from the Golden Era of Hollywood has passed away.

The daughter of Martha Stewart, who is best known for her roles in the movies In A Lonely Place and Daisy Kenyon, confirmed her passing on Twitter, saying the actress went “peacefully.”

Stewart made her film debut in 1945 in the musical Doll Face and consistently appeared in movies over the next 20 years. She starred alongside Humphrey Bogart in In A Lonely Place, and shared the screen with Joan Crawford in the film Daisy Kenyon. Her final acting credit came in 1965 in the musical comedy Surf Party.

In addition to being a film actress, Stewart was a singer and Broadway star, replacing the original Miss Adelaide in Guys And Dolls.

“The original Martha Stewart left us yesterday,” her daughter Colleen Shelley wrote on Twitter. “She had a new part to play in a movie with all her heavenly friends. She went off peacefully surrounded by her family and cat. Martha Ruth Haworth aka Martha Stewart 10-07-1922 – 02-17-2021 she had a good run. Fare thee well Mommy.”

Stewart was born Martha Ruth Stewart Haworth on October 7, 1922. She was married to comedian Joe E. Lewis from 1946-1948, to actor-comedian George O’Hanlon from 1949 to 1952, and finally to David Shelley from 1955 until his death in 1982. They had two children together, daughter Colleen and a son, David Shelley Jr, who was a blues rock musician and toured with Cher. David Jr. passed away in 2015 from cancer.

She is survived by her daughter Colleen and David’s daughter Daylin. Our thoughts and prayers are with her friends and family.