Willie Nelson Has 1 Regret From His Friendship With Frank Sinatra 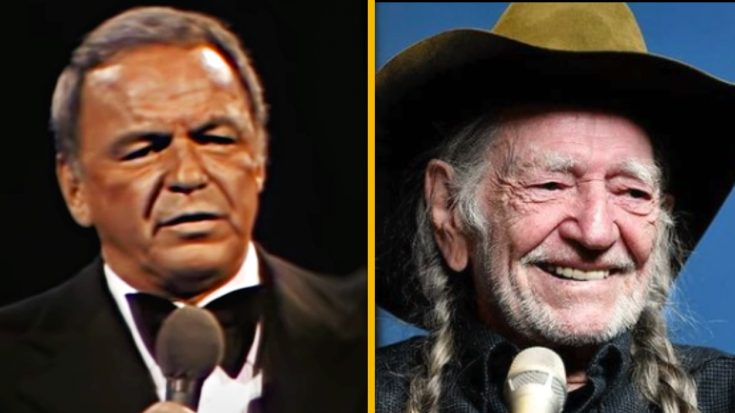 Willie Nelson released his Frank Sinatra-inspired album That’s Life on February 26th, and recently, the music icon opened up about his relationship with Sinatra.

Sinatra is one of Nelson’s favorite artists. Nelson admitted on the TODAY Show that he has a very different voice from Sinatra, but he wanted to give fans his take on some of his favorite Sinatra songs. Nelson also reminisced about his friendship with Sinatra. In a clip shared on Nelson’s Facebook page, the singer revealed that he had one regret about his relationship with Sinatra.

In the video, Nelson recalls the last time he saw his friend before Sinatra passed away in 1998 at the age of 82. After a show in Vegas, Sinatra wanted to spend some more time with Nelson, but the singer turned down the offer.

“I think the last time I saw him we worked a show in Vegas together,” Nelson admitted in the clip. “After the show he had invited me by his house for a little while and I had something that I thought I had to go do, so I always wished I would have stayed there and we’d have partied a little while.”

Listen to the full story in the clip below.

For more on Sinatra’s influence on Nelson’s music, check out the following video.