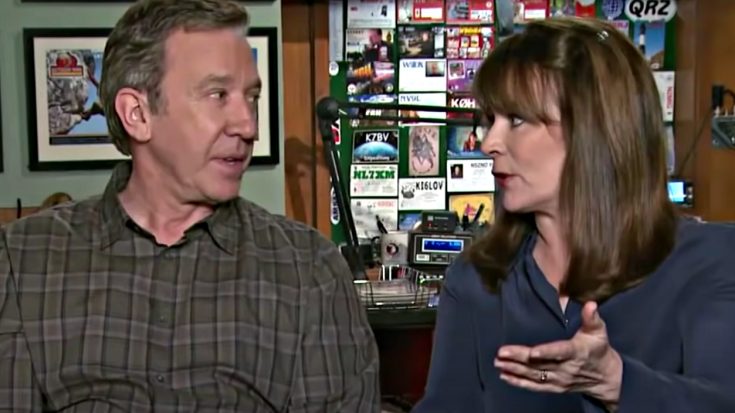 Tim Allen wanted Home Improvement to continue for years — but his on-screen wife, Patricia Richardson was ready to move on.

At one point toward the end, the show’s team suggested killing off Jill Taylor, Richardson’s character, but Tim said “absolutely not” and decided to end the show and stand by his longtime colleague instead.

This story is just one of the many that show the bond between the two actors. In an interview with Entertainment Tonight, Richardson reflected on memories from her years working with Allen – including how he stood by her side and stood up for her character.

Richardson said that the whole point of Home Improvement was to show that men and women shouldn’t live together — but also show how they can do so successfully.

Of first meeting Allen, Richardson said, “Immediately, I loved him.” She also discussed how she knew she was a part of something special when they filmed the pilot, as certain scenes resulted in studio audience laughter that lasted as long as 13 seconds.

Looking back at her time on the show, Richardson said that she understands why the show has stood on its own over the years and is still beloved by audiences today.

The fact that writers were able to create an engaging, exciting show without tying in politics or current events allowed the show’s fun, real, family messaging shine through, even in a different time.

See her full interview with Entertainment Tonight below!