Willie Nelson Gives Weed Away At Live Shows By The “Truckload” 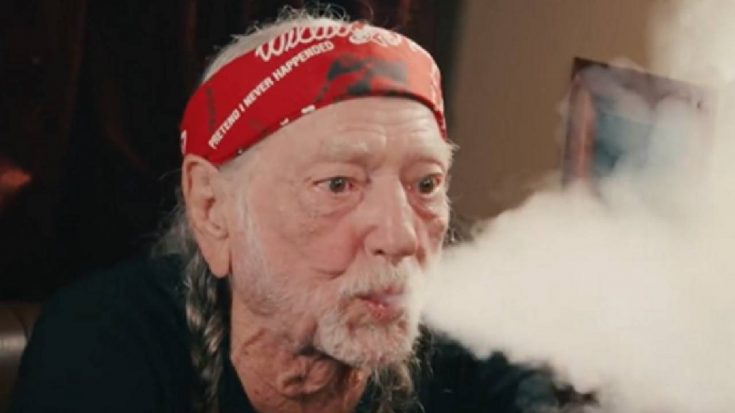 It’s no surprise that Willie Nelson enjoys to partake in a little marijuana smoking.

Thank you Snoop Dogg for the Christmas sweater.

Well, he not only enjoys it himself, Nelson likes to share his weed as well.

Led Zeppelin’s frontman, Robert Plant, recently started his own podcast titled Digging Deep and in a new episode, he described what it was like to tour with Willie Nelson. And his biggest takeaway was how he gave weed away to his fans!

Plant said, “We were invited to play with Willie Nelson a couple of months ago and he was traveling through his tour with his big bus giving away weed to everybody.”

Amazing to see Willie on the cover of Rolling Stone today! That’s a great way to celebrate your 86th birthday! Check…

Plant continued, “He just gives it away. It’s a truckload from here to the… mirror ball and beyond. Free. With doors to go in, get your little hit and go out the other side.”

The rocker’s reveal about Nelson isn’t – and shouldn’t be – a shock to anyone. Nelson has openly admitted to smoking pot on the White House roof during President Carter’s administration, and President Carter recently confirmed that as well!

He even has his own line of marijuana, Willie’s Reserve.