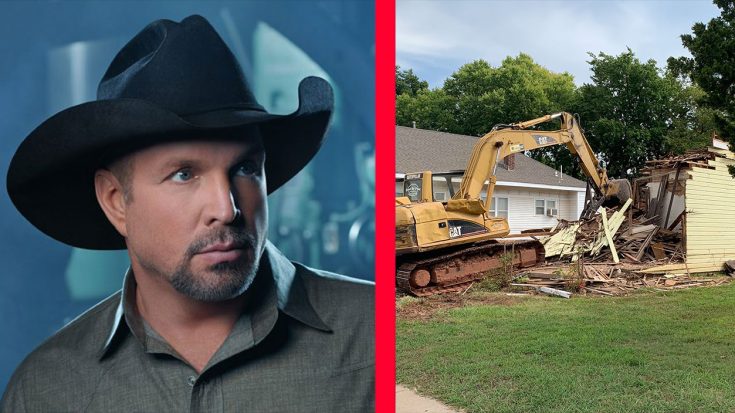 A Stillwater landmark has been brought to low places. The house where Garth Brooks lived right before he became one of country’s biggest stars was torn down September 15, 2020.

The little yellow house located in Stillwater, Oklahoma had become a roadside attraction for visitors and locals alike. Brooks and his first wife lived in the house for about a year after he graduated from OSU and just before they moved to Nashville, Tennessee.

You could say Garth’s former house is in “low places” right now.

According to the property manager, the house was torn down due to old age and structural issues. The next door neighbor told the Ocolly,

“If you were standing right here (and looked at the profile view of the house), the whole house was tilted back. It was unrepairable. They were working with it for several years.”

It was built in 1908 and located at 227 S Duck St. The one thing they did salvage before the demolition was the sign above the front door that read, “Garth Brooks lived here 1987-1988.” The property assured everyone that the one piece of history from the house would be kept safe.

“We kept the sign and we’ll probably keep it in our office. If Garth ever decides to come back, we’d hand it right to him.”

Even though Brooks’ former home is no more, other homes are being built by his own two hands. Both Brooks and his wife, Trisha Yearwood partner up with nonprofits such as Habitat for Humanity and make sure families in need can have homes of their own.

Watch the full story of it in the video below.