Will Reba McEntire Get Political During ACM Awards? She Tells All 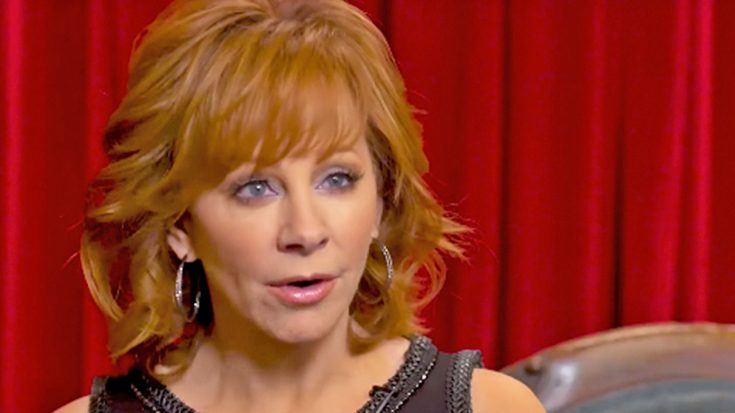 For the 15th time in her career, Reba McEntire will grace the ACM Awards stage on Sunday (April 15) in Las Vegas to host the long-running awards show. After handing the baton over to Blake Shelton and Luke Bryan for a few years, and Dierks Bentley hopping in the mix as well, the Academy of Country Music decided to give the honors back to the hostess with the mostess – McEntire!

When asked how they persuaded her to come back and host, the “Fancy” singer simply said, “They asked me!” Admittedly, she says, she actually missed being on stage hosting the ACM Awards.

“When you’re sitting at the awards show and you’re out in the audience, once you’ve gotten the honors of hosting, you’re sitting there kind of wondering what’s going on backstage and you miss being a part of that excitement,” she told Rolling Stone.

She’s been hard at work on her monologue, something she says they’ve been trying to “get it just right,” and that includes staying away from one thing – politics.

“I don’t discuss politics,” she said in the interview. “I never have and I echo Dolly [Parton]’s sentiments when she said, ‘I learned a long time ago if you want to be in show business, keep your damn mouth shut.’ I agree with Dolly 100 percent.”

She continued, “My job is to entertain. I don’t choose sides, I entertain. When people come in to watch me perform they leave their worries and their cares outside. With my music and the help of the songwriters and musicians that have worked on these songs, our job is to lift people up and encourage them so that when they go out into the world to face their problems again they can do it with a little more courage and lightheartedness.”

This is a sentiment McEntire has expressed for a while. In fact, during an appearance on The View last year, she echoed the same thoughts.

Despite not making jokes about politics, McEntire will have plenty of material, seeing as this year’s theme is “fun.”

She says, “We’re going to have fun and it’s going to be a night of celebrating people who have worked real hard all year entertaining our fans, putting out great music. The atmosphere is going to be fun.”

While she promises a night of fun, it will be a somber night at times, seeing as this is the first time many, if not most, country stars have returned to Las Vegas since the Route 91 Harvest Festival shooting on October 1, 2017. The 16-time ACM Award winner promises that they will pay homage to the lives lost that night.

Watch McEntire talk about the tribute as well as her decision not to cover politics at the show in the video below.

Will you be tuning into the ACM Awards this year? Let us know in the comments!